Five (5) OPL locations are offering sidewalk pickup service for limited hours. All other Oakland Public Library locations are closed due to the novel coronavirus (COVID-19) pandemic. You may return library materials in the outside book drop at any Oakland Public Library location. Please note that there will be a delay of at least 72 hours before your items are checked in due to the library's quarantine process.

Wondering what new novels and story collections are arriving this month? Here are 10 great ones you'll want to get your eyes on. 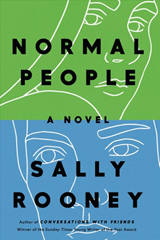 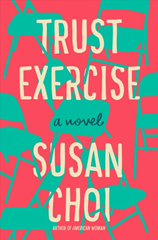 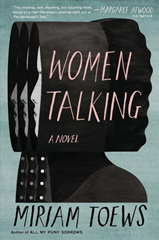 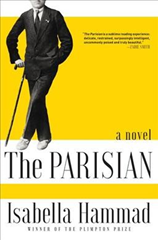 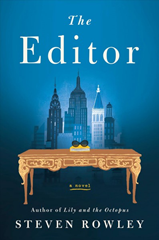 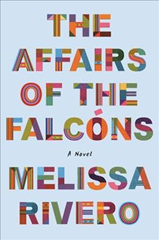 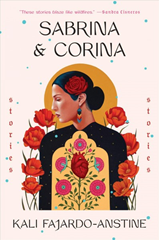 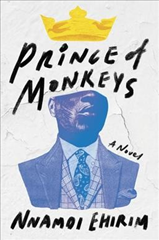 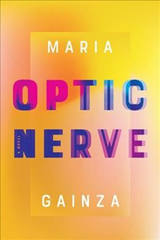 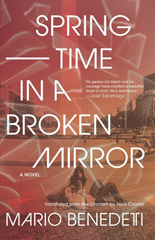 Normal People
by Sally Rooney
Connell is a popular athlete and son of a single, working class mom and Marianne is an antisocial loner from a wealthy family. The two brainy teens form an unlikely secret relationship, and their on-again, off-again status follows them into their college years. “In outline it's a simple story, but Rooney tells it with bravura intelligence, wit, and delicacy… Rooney precisely articulates everything that's going on below the surface; there's humor and insight here as well as the pleasure of getting to know two prickly, complicated people as they try to figure out who they are and who they want to become. Absolutely enthralling. Read it.” (Kirkus Reviews) Oakland readers have been clamoring for this book ever since it was longlisted for the Man Booker Prize last July, even before it won "Irish Novel of the Year" at the Irish Book Awards, the Costa Book Award, and a nomination for the Women’s Prize. It will finally arrive stateside mid-April, after months of being in hot demand in the British Isles (where The Guardian called it “the literary phenomenon of the year”).

Trust Exercise
by Susan Choi
David and Sarah, freshmen at a competitive suburban performing arts high school in the 1980s, fall in love but their intense relationship is short lived.  As their stories unfold, the narrative reveals its own unreliability in bold twists. Choi is the author of My Education (2013) and the Pulitzer prize finalist American Woman (2003). “Choi’s new novel, her fifth, is titled “Trust Exercise,” and it burns more brightly than anything she’s yet written. This psychologically acute novel enlists your heart as well as your mind. Zing will go certain taut strings in your chest.” (New York Times)

Women Talking
by Miriam Toews
For two years, the women and girls of a South American Mennonite enclave have been sexually assaulted in their sleep. They were told it was the work of demons, but now they know they’ve been drugged and raped by men in their own community. Now eight women are meeting in secret to decide whether or not to flee, with minutes of their meetings kept by a trusted male school teacher since the women are illiterate. “An exquisite critique of patriarchal culture from the author of All My Puny Sorrows (2014)… Stunningly original and altogether arresting.” (Kirkus Reviews)

The Parisian
by Isabella Hammad
In 1914, 19-year-old Midhat Kamal leaves his Palestinian home for Montpelier, France in pursuit of a medical degree. He finds a welcoming home with his mentor Dr. Frederic Molineu, and falls hard for the professor’s daughter, Jeannette. When he discovers he has been betrayed by Dr. Molineu, he abruptly leaves for Paris, but his heart will not forget his love for Jeannette. When Midhat ultimately returns to his Palestine, both his homeland and his heart are irreversibly changed. “By 1936, Midhat has witnessed a number of historical regional changes, including British rule and the Arab fight for independence. Richly textured prose drives the novel’s spellbinding themes of the ebb and flow of cultural connections and people who struggle with love, familial responsibilities, and personal identity. This is an immensely rewarding novel that readers will sink into and savor.” (Publishers Weekly)

The Editor
by Rowley, Steven
James Smale is a young gay author whose autobiographical debut novel captures his problematic relationship with his mother. He catches the interest of a major publishing house where his new editor is none other than Jacqueline Kennedy Onassis. As the relationship between the writer and the editor deepens, she encourages him to confront his family in order to finish his book. “While diving deeply into questions of identity, loyalty, and absolution within the bonds of family, Rowley, author of the beloved Lily and the Octopus (2016), soars to satisfying heights in this deeply sensitive depiction of the symbiotic relationships at the heart of every good professional, and personal, partnership.” (Booklist)

The Affairs of the Falcons
by Melissa Rivero
Ana Falcón and her family fled Peru for New York in the 1990s. As they struggle to build a new life, undocumented Ana and her husband Lucho work themselves to the bone while indebting themselves to a loan shark. “The pressures—personal, financial—that Ana faces will be recognizable to most readers, but the fact that the Falcóns are undocumented immigrants adds a layer of complexity and peril to every choice they make… Ana is a very well-crafted protagonist, sympathetic but not perfect. Her situation is circumscribed, but Rivero gives her considerable agency—including the freedom to make dubious choices… Thoughtful and eye-opening, this is an admirable debut.” (Kirkus Reviews)

Sabrina & Corina
by Kali Fajardo-Anstine
Fajardo-Anstine makes her debut with a collection of eleven stories set in Colorado that feature the lives of Latina women of Indigenous descent, including teen mothers, victims of violence and crime, and the dead and dying. “Achingly realistic… Fajardo-Anstine takes aim at our country's social injustices and ills without succumbing to pessimism. The result is a nearly perfect collection of stories that is emotionally wrenching but never without glimmers of resistance and hope.” (Kirkus Reviews)

Prince of Monkeys
by Nnamdi Ehirim
Ihechi is a young man with a tight knit group of friends coming of age in Lagos, Nigeria in the late 20th century. Their lives are somewhat carefree until tragedy strikes at an anti-government rally and Ihechi’s life takes a surprising direction. “Nigerian writer Ehirim's audacious debut novel follows a teenager's quest for self-definition in a country in search of itself... Told in beautifully evocative prose, a panoramic novel showing that the price of growing beyond one's origins might be steeper than anticipated.” (Kirkus Reviews)

Optic Nerve
by María Gainza, translated by Thomas Bunstead
This first novel and first work in translation by an Argentinian journalist and art critic is sure to please fans of fiction and art. The narrator of this autofictional work muses on her life in Buenos Aires and constantly finds connection between her life and art as she looks back on her past, her city, culture, motherhood and womanhood. “Phenomenal… With playfulness and startling psychological acuity, Gainza explores the spaces between others, art, and the self, and how what one sees and knows form the ineffable hodgepodge of the human soul. The result is a transcendent work.” (Publishers Weekly)

Springtime in a Broken Mirror
by Mario Benedetti, translated by Nick Caistor
Santiago is a political prisoner in an Uruguayan prison in the 1970s, connected to his family only through letters. Meanwhile, exiled in Buenos Aires, his wife Graciela struggles with guilt and her newfound love for another, and daughter Beatriz no longer remembers her native country.  Available for the first time in English, this novel was originally published in 1982 by one of Uruguay’s most renowned authors of the 20th century, often compared to Gabriel García Márquez and Carlos Fuentes. “Rich, heartbreaking… Benedetti’s tender yet unflinching portrait of a family in the crushing straits of history is a welcome addition to the small (and hopefully growing) catalogue of his work that has been translated into English.” (Publishers Weekly)