Ready for some fresh fiction? Here are 10 fantastic books coming out this month. 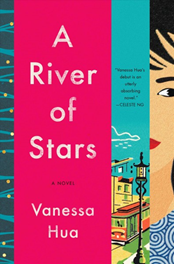 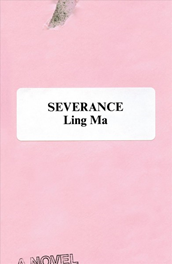 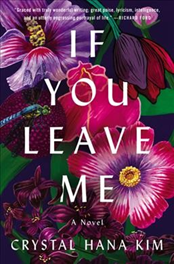 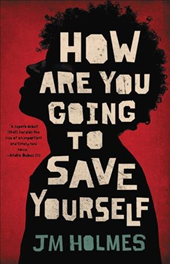 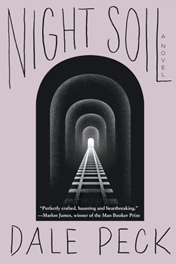 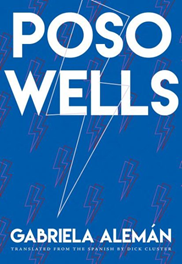 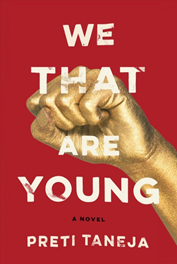 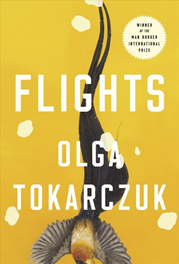 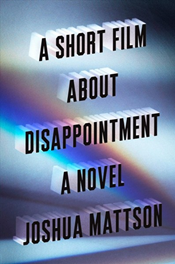 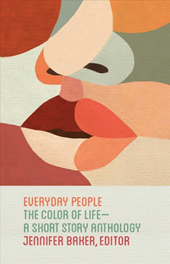 A River of Stars
by Vanessa Hua
East Bay writer and SF Chronicle columnist Hua follows her story collection Deceit and Other Possibilities (2016) with a novel about immigration, identity and family. Scarlett is a fiercely determined woman from China sent by her lover to Perfume Bay, a scammy Los Angeles birth center for Chinese mothers who want their babies born in the U.S. When she discovers her lover plans to take their child, she flees with the help of equally headstrong teen mother-to-be Daisy, and together they try to carve out a life for themselves and their babies in San Francisco’s Chinatown. “An astute debut novel that confronts identity, privilege, freedom, and a twenty-first-century rendering of the American dream with poignancy, insight, humor, and plenty of savvy charm.” (Booklist)

Severance
by Ling Ma
In 2011, the world is struck by Shen Fever, a mysterious illness that compels its victims to repeat mundane tasks over and over until they collapse. Candace Chen, an immune millennial living in Manhattan, documents the plague as anonymous blogger NY Ghost. “A biting indictment of late-stage capitalism and a chilling vision of what comes after… Candace is great, a wonderful mix of vulnerability, wry humor, and steely strength. She's sufficiently self-aware to see the parallels between her life before the End and the pathology of Shen Fever. Ma also offers lovely meditations on memory and the immigrant experience. Smart, funny, humane, and superbly well-written.” (Kirkus Reviews)

If You Leave Me
by Crystal Hana Kim
During the brutal and tumultuous 1950s in Korea, 16-year-old Haemi lives in a refugee camp with her widowed mother and brother. Although she falls in love with Kyunghwan, she decides she must marry his cousin Jisoo in the interests of her family. “Up to the year 1967, the narrative follows these three in alternating chapters as they deal with the trauma of war and mature through life… Filled with brave personalities of all ages and character-driven story lines that are emotionally gripping, this sensitive and hauntingly written novel will easily leave readers wanting more.” (Library Journal)

How Are You Going to Save Yourself
by J. M. Holmes
Pushcart Prize-winner Holmes debuts with a collection of linked short stories following the lives of four young African American men in a working-class corner of Rhode Island. “Holmes’ writing is fresh, and his dialogue rings true. He doesn’t shy away from difficult subject matter or from showing his characters’ flaws, which makes for some incredibly tough scenes to read, but also highlights the everyday travails of black men in America. Readers looking for timely, nuanced fiction about race and masculinity should definitely pick this up.” (Booklist)

Night Soil
by Dale Peck
Teenage Judas lives with his mother Dixie, a renowned potter. He finds some satisfaction in anonymous encounters with men at a roadside rest stop, but longs for his fellow classmates at The Academy, the private school founded by his grandfather with money from an empire built from slavery and coal. “A lush, provocative, and thought-provoking story of queer identity at the intersection of art, family history, capitalism, and the American racial order… Judas is an irreverent, erudite, and deviously funny narrator, and the book reflects his loquacious charm with ornate prose that is downright Nabokov-ian in its exuberance, abounds in clever wordplay, malapropisms, and dense descriptive passages.” (Kirkus)

Poso Wells
by Gabriela Alemán, translated by Dick Cluster
This celebrated Ecuadorian author’s first work published in English is a madcap, feminist mash-up of noir, thriller, Science Fiction and satire. Journalist Gonzalo Varas is trying to get to the bottom of various matters including the freak electrocution of a presidential candidate, alien encounters, the corrupt dealings of some wealthy politicians and tycoons, and multiple instances of women reported missing in Poso Wells. “A wild, successful satire of Ecuadorian politics and supernatural encounters... Alemán’s sleek narrative is bizarre and propulsive, and though the novel’s ramshackle finale may come together a bit fast, Alemán’s singular voice keeps the ride fresh and satisfying.” (Publishers Weekly) Poso Wells is one of the American Booksellers Association’s Independent Booksellers’ 10 Debut Picks of the Season.

We That Are Young
by Preti Taneja
Hotel and entertainment mogul Devraj Bapuji has decided to step down from his sprawling empire. Meanwhile, his youngest daughter Sita has disappeared in advance of her arranged marriage and his illegitimate son Jivan has returned after fifteen years abroad in the United States. When eldest daughters Radha and Gargi assume control of the company a chaotic struggle for power ensues. “Shakespeare's supreme tragedy, King Lear, is transposed to contemporary India and recast as a family drama of financial power-brokering within a transforming, culturally complex nation... Issues of gender and generation spearhead the conflict in this mammoth drama of money, succession, and control, British-born Taneja's impressive first work of fiction... A long, challenging, but inspired modernization of a classic—engaging, relevant, and very dark.” (Kirkus)

Flights
by Olga Tokarczuk, translated by Jennifer Croft
Tokarczuk, one of Poland’s foremost contemporary authors, won the Man Booker International Prize for this novel that tells many stories including that of tourist Kunicki whose wife and son have disappeared during their Croatian vacation, Dr. Blau who visits the home of an adversary who has recently died, and the 17th century tragedy of Angelo Soliman, an Austrian noble of Nigerian ancestry whose dignified life was betrayed after his death. “Written in a cacophony of voices, the book's themes accumulate not from plot, but rather associations and resonances... The novel continues in this vein—dipping in and out of submerged stories, truths, and flights of fantasy stitched together by associations. Punctuated by maps and figures, the discursive novel is reminiscent of the work of Sebald. The threads ultimately converge in a remarkable way, making this an extraordinary accomplishment.” (Publishers Weekly)

A Short Film About Disappointment
by Joshua Mattson
In a dystopian future, movie critic Noah Body posts reviews no one reads. So he uses them as diary entries, describing his failed marriage, alarming new modes of technology, and his dreams of making his own film. “With weapons-grade wit, Mattson satirizes movies, reviewers, and life in the data age... Mattson’s exhilarating novel is rife with ingenious humor and inventiveness.” (Publishers Weekly)

Everyday People: The Color of Life—a Short Story Anthology
edited by Jennifer Baker
Short story lovers will want to reach for this new collection centered on authors of color, with emerging writers alongside superstars including Mia Alvar, Alexander Chee, Yiyun Li, and Jason Reynolds. “Editor Baker has produced a vital anthology whose strength lies in its unwillingness to commit to a single genre or style… This is a vital, riveting anthology that emphasizes the complexity and diversity of minority experience.” (Kirkus)