If you're lining up your next great read, here are ten of the best works of fiction coming out this month. 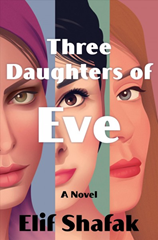 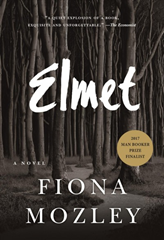 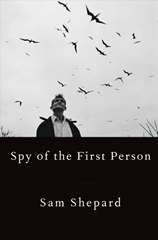 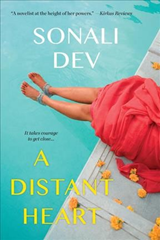 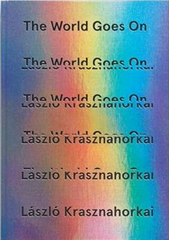 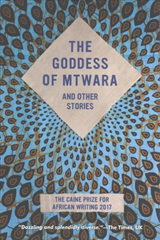 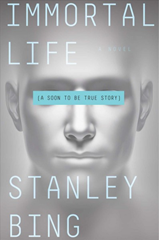 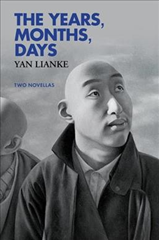 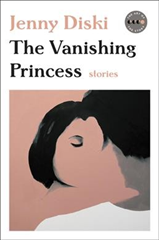 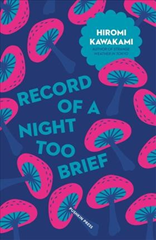 Three Daughters of Eve
by Elif Shafak
In present-day Istanbul, 35-year-old Peri is a sophisticated and wealthy woman attending a dinner party while her thoughts drift to her days as a student at Oxford University, her closest friends and classmates, and a scandal that she has yet to resolve. Shafak “meshes many of the themes she has explored separately in her previous novels: Turkish politics, spiritualism, and the uneasy relationship between East and West... her portrait of a woman in existential crisis feels universal, shining clarifying light on Islam—and religious spirituality in general—within the frame of today's world.” (Kirkus Reviews) Shafak is known for her internationally best-selling novels including The Bastard of Istanbul (2007), and has received nominations for the Women’s Prize and the IMPAC Dublin Literary Award.

Elmet
by Fiona Mozley
John Smythe is a bare-knuckle fighter and who builds a self-sufficient existence for himself and his two children in the Yorkshire woods. Narrated by 13-year-old Daniel, the family lives in mostly peaceful isolation until they become involved in a local dispute. “Ecological messages, class and gender conflict, and England's long history of struggle—all are mingled with Daniel's sexual awakening and a surreal, or superhuman, or quasi-spiritual, gothic and gory final reckoning. Mozley's instantaneous success—this debut landed straight on the 2017 Man Booker Prize shortlist—is a response to the stylish intensity of her work, which boldly winds multiple genres into a rich spinning top of a tale.” (Kirkus)

Spy of the First Person
by Sam Shepard
This perhaps final work from the Pulitzer Prize–winning writer and performer no doubt springs from his final days and experiences as he battled with the degenerative disease A.L.S., which ended his life earlier this year. “Told in short takes pulsing with life and rueful wit, it portrays one man spying on another from across the street, raising binoculars to better watch his subject struggling to make the simplest motions and family members appearing from within the house to offer help and company. As for the nearly immobilized man, he is remembering his immigrant mother, a troubling night in New York City, and visits to a famous Arizona clinic in pursuit of a “magic cure”… A gorgeously courageous and sagacious coda to Shepard’s innovative and soulful body of work.” (Booklist)

A Distant Heart
Sonali Dev
The latest book from an author whose books depict modern life in India. A Distant Heart examines the unlikely bond between a sheltered, privileged and ailing young girl and the orphan son of a policeman. “A narrative that deftly jumps from past to present as it explores family dynamics, class issues, and many layers of guilt, hope, and determination in ways that are both distinctly Indian and universally luminous. Another beautiful, breathtaking novel from a not-to-be-missed author.” (Kirkus) Dev’s books have landed on the Best Books lists from Library Journal, NPR, Washington Post, and Kirkus.

The World Goes On
by László Krasznahorkai, translated by John Batki with Ottilie Mulzet and George Szirtes
Krasznahorkai is not much of a household name in the US, but he’s one of Hungary’s most acclaimed contemporary authors and the winner of the Man Booker International Prize. His newest work to be released in English features eleven stories told by the same narrator, crisscrossing the globe with lengthy meditations and melancholic philosophical musings. “This book breaks all conventions and tests the very limits of language, resulting in a transcendent, astounding experience.” (Publishers Weekly) For lovers of experimental, postmodern and difficult fiction.

The Goddess of Mtwara and Other Stories: The Caine Prize for African Writing 2017
edited by Lizzy Attree
“Since 2000, the annual Caine Prize in African Writing has celebrated some of the most innovative and evocative English-language short fiction by African writers... A wonderful set of 16 stories that covers a lot of ground and features many genres—from myth and folklore to the postmodern and experimental—in a way that will surely satisfy readers.” (Kirkus)

Immortal Life: A Soon to Be True Story
by Stanley Bing
A struggle for autonomy erupts between Arthur Vogel, an aging trillionaire tech magnate yearning for immortality and Gene, the artificial human body he creates to host his consciousness. “Business writer Bing (The Curriculum: Everything You Need to Know to Be a Master of Business Arts) makes his first foray into speculative fiction with a clever and sly satire of a future that feels like it’s lurking just around the corner, shot through with dry humor and stark hopes in a conflict-blasted digital world… Bing’s optimistic nightmare will appeal to any reader wanting a glimpse down the slippery slope of technological domination.” (Publishers Weekly)

The Years, Months, Days: Two Novellas
by Yan Lianke, translated by Carlos Rojas
Prizewinning author Yan offers two dark fables set in his native Henan province China. In one, an elderly man and his blind dog stay behind when everyone else in their village flees to evade a drought. In the second tale, a desperate woman will do anything to secure happiness for her disabled children. “Lianke’s talent for the fantastical shines… Though they contain dark subject matter, Lianke’s fables of personal sacrifice are also sharply observed and funny. Lianke’s narratives feel much larger than their page count suggest, almost epic.” (Publishers Weekly) Yan is the author of Dream of Ding Village (2011) and Lenin’s Kisses (2012), and and his awards include the Franz Kafka Prize.

The Vanishing Princess: Stories
by Jenny Diski
A posthumous collection of stories from a beloved British author. “Although Diski is renowned across the pond, her defiant treatise against her terminal cancer, In Gratitude, published just before her 2016 death is, ironically, what earned her substantial stateside acclaim. Now available posthumously to U.S. readers is her spectacular 1995 collection of bizarre-to-rueful-to-stunning stories, bookended by two princesses living (and reading) in towers… Memorable girls and women—damaged, truculent, curious, stalwart—occupy Diski’s pages, claiming space, agency, and well-deserved attention.” (Booklist)

Record of a Night Too Brief
by Hiromi Kawakami, translated by Lucy North
“A supersurreal triad of stories from Japanese novelist Kawakami (The Nakano Thrift Shop, 2017, etc.). Kawakami, winner of the Akutagawa Prize, delivers three evocative tales that, as if from the notebooks of Kafka, concern strange transformations that happen to perfectly ordinary people going about their lives… Astonishing, strange, and wonderful.” (Kirkus)

Thank you, OPL! What a varied and intriguing list (10 Great Reasons to Read Fiction in December 2017). Much appreciated, and can’t wait to read several of these.

Hi Belinda K! Thanks for the kind comment. Happy reading!