If you're a fiction lover, here are ten great February arrivals for you to drool over. 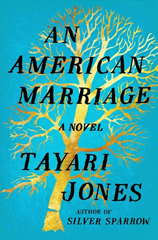 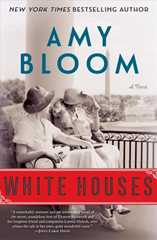 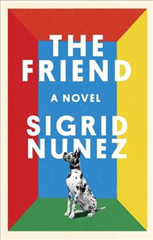 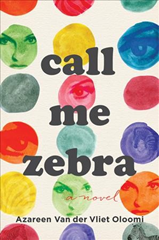 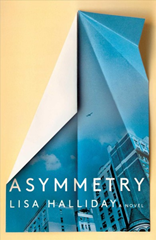 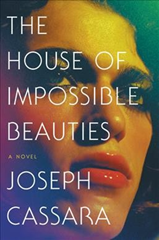 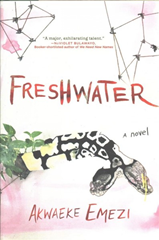 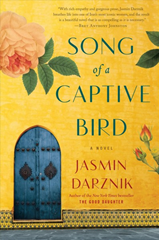 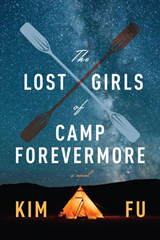 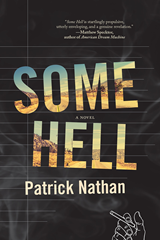 An American Marriage
by Tayari Jones
Newlyweds Roy and Celestial have a bright future ahead of them; he’s a rising corporate executive and she is an up-and-coming artist. Their lives are shattered when, in a case of mistaken identity, Roy is wrongly convicted of rape and sentenced to twelve years in prison. “This novel is peopled by vividly realized, individual characters and driven by interpersonal drama, but it is also very much about being black in contemporary America… This is, at its heart, a love story, but a love story warped by racial injustice. And, in it, Jones suggests that racial injustice haunts the African-American story. Subtle, well-crafted, and powerful.” (Kirkus Reviews) Jones is the author of Silver Sparrow (2011) and a recipient of the Hurston/Wright Legacy Award.

White Houses
by Amy Bloom
National Book Award and National Book Critics Circle Award nominee Bloom returns with a biographical novel looking at the life of journalist Lorena Hickok and her love affair with Eleanor Roosevelt. “‘Hick’ narrates this empathic story of true and besieged love—and what a discerning, courageous, and mordantly witty observer she is... Through Hick’s loving eyes, we witness Eleanor’s complex struggles, unwavering discipline, and fierce passion, while Hick’s take on FDR and the rest of the Roosevelts is deftly lacerating. Hick’s outrage over the trauma inflicted on gays and lesbians, the class divide, the beauty quotient, and the gender double standard fuels this socially incisive, psychologically saturated, funny, and erotic fictionalization of legendary figures; this novel of extraordinary magnetism and insight; this keen celebration of love, loyalty, and sacrifice.” (Booklist)

The Friend
by Sigrid Nunez
When a writing professor loses her mentor and close friend to suicide, she is startled by both the shocking loss and the surprising inheritance of his aging Great Dane. The woman and her new canine companion become unlikely and unexpected partners in grief. “Quietly brilliant and darkly funny… It is a lonely novel: rigorous and stark, so elegant—so dismissive of conventional notions of plot—it hardly feels like fiction. Breathtaking both in pain and in beauty; a singular book.” (Kirkus)

Call Me Zebra
by Azareen Van Der Vliet Oloomi
Zebra lost her mother when her family fled Iran in the early 90s. Now twenty-two and living in New York, Zebra has lost her father. Unmoored by his death, she launches a quest to retrace the path that got her from Iran to New York. Her plans are interrupted in Barcelona when she meets Ludo Bembo and they start an affair she finds both frustrating and irresistible. “Rich and delightful novel… Zebra’s perception of the world (and herself) is not as it appears to others, and her narration crackles throughout with wit and absurdity… This is a sharp and genuinely fun picaresque, employing humor and poignancy side-by-side to tell an original and memorable story.” (Publishers Weekly)

Asymmetry
by Lisa Halliday
In New York, Alice is an editor in a relationship with much older Ezra, a famous author. Amar is an Iraqi American travelling to Kurdistan to visit his brother when he is detained at Heathrow Airport. The two stories seem unrelated, so what’s the connection?  “Halliday, recipient of a 2017 Whiting Award, crafts a stellar and inventive debut, a puzzle of seemingly incongruous pieces that, in the end, fit together perfectly… A singular collision of forms, tones, and arguments, the novel provides frequent delights and never explains too much. Any reader who values innovative fiction should treasure this.” (Publishers Weekly)

The House of Impossible Beauties
by Joseph Cassara
In 1980’s New York, 16-year-old Angel escapes her boy body and finds a new family of trans outsiders. Inspired by the true stories of Angel Xtragveganza and her chosen family in the House of Xtravaganza, the original Latinx house in the Harlem ball scene, this novel is equal parts glitter and heartbreak, . “Deft dialog, affecting characters, unsettling social truth, and language both gritty and luscious.” (Library Journal)

Freshwater
by Akwaeke Emezi
Ada is a young Nigerian woman tormented by ogbanje--spirits that manifest as voices in her head--in this unusual fictional exploration of mental illness. As Ada travels to America for college and faces traumatic experiences, the voices only get louder and more controlling. “In her mind-blowing debut, Emezi weaves a traditional Igbo myth that turns the well-worn narrative of mental illness on its head, and in doing so she has ensured a place on the literary-fiction landscape as a writer to watch... Complex and dark, this novel will simultaneously challenge and reward lovers of literary fiction. A must-read.” (Booklist)

Song of a Captive Bird
by Jasmin Darznik
Bay Area author follows her best-selling memoir The Good Daughter (2011) with a fictional biography of feminist, poet and filmmaker Forugh Farrokhzad, a brilliant and daring woman who is often described as the Sylvia Plath of Iran. “Darznik’s knowledgeably invented characters and compellingly imagined scenarios, both of which are sensuous and harrowing, are deftly set within Iran’s violent, oil-fueled, mid-twentieth-century political and social upheavals, and stay true to the essence of Farrokhzad’s audacious, dramatic, and creative life and courageous commitment to writing revolutionary poems about being female in a tyrannically sexist society. Darznik even includes her own stunning translations of Farrokhzad’s incandescent poetry… enthralling and illuminating.” (Booklist)

The Lost Girls of Camp Forevermore
by Kim Fu
It’s 1994 in the Pacific Northwest, where Camp Forevermore promises a character-building wilderness experience for young girls. An overnight canoe trip turns unexpectedly tragic for a group of five campers, becoming a life changing event that reverberates far into their adulthoods. “In addition to recounting the nightmarish debacle, Fu’s sharp book is a study of the five girls later in life…  Readers will delight in the complicated, brash, ugly, and sincere presentation of Fu’s characters.” (Booklist)

Some Hell
by Patrick Nathan
Fourteen-year-old Colin is deeply unhappy. While he’s trying to come to grips with his father’s suicide, the boy he loves betrays him, his family is falling apart, and a relationship with a supportive teacher veers into inappropriateness. Meanwhile, his mother is profoundly depressed and making terrible choices. “If all this sounds melodramatic, in Nathan’s skillful, beautifully written telling, it isn’t. He selects his incidents artfully and—in part by shifting the point of view between Colin and his mother—does a masterful job of creating believable, multidimensional characters about whom the reader cares desperately. And if their ending is heartbreaking, it is artistically inevitable. Nathan’s first novel is beautifully done and promises to linger in the reader’s memory.” (Kirkus)