I know you're busy. But you'll want to make some time for at least one of these great new books! 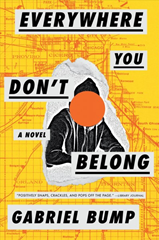 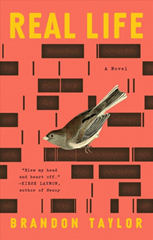 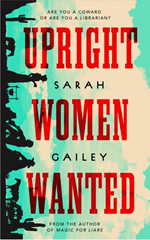 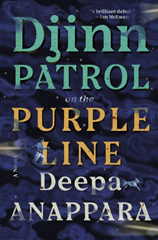 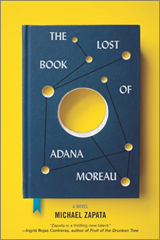 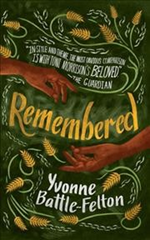 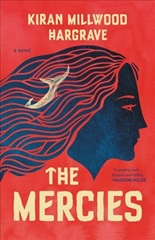 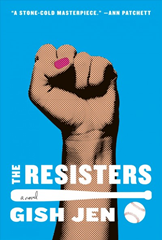 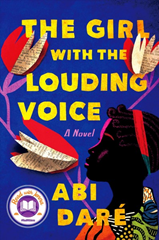 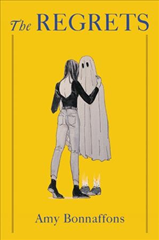 Everywhere You Don't Belong
by Gabriel Bump
Teenaged, nerdy and gentle Claude McKay Love is being raised by his grandmother and her unlucky-in-love best friend Paul on Chicago's South Shore. Claude yearns for acceptance, connection and love, but finds himself seeking escape when violence erupts in his neighborhood. “Astute and touching… Bump balances his heavy subject matter with a healthy dose of humor, but the highlight is Claude, a complex, fully developed protagonist who anchors everything. Readers will be moved in following his path to young adulthood.” (Publishers Weekly)

Real Life
by Brandon Taylor
Wallace is an awkward, introverted biochemistry grad student at a midwestern university holding it together while struggling with his dad’s recent passing, losing weeks worth of lab work to contamination (which may be sabotage), and enduring frequent micro- and macroagressions he faces as a gay Black man in his surroundings. A burgeoning relationship with a friend who may or may not be gay becomes fraught with violence, evoking trauma past and present. “Taylor translates Wallace's thoughts and conversations with a rare fluidity and writes breathlessly physical scenes, all of which adds to the charged experience of reading his steadily exciting and affecting debut; it's an experience in itself. He works a needle through Wallace's knots of race, class, and love, stopping after loosening their loops and making hidden intricacies visible, before neatly untying them.” (Booklist)

Upright Women Wanted
by Sarah Gailey
In a near-future dystopian American West, librarians are trusted by the government to distribute approved literature to remote outposts. After her best friend and lover is executed for having unapproved literature, Esther decides to split town by stowing away in a librarian wagon caravan--only to discover that the librarians are queer insurrectionists serving the resistance. “A stirring story of resistance, but more importantly, it's an illustration of how personal transformation can be political transformation. Above all, it's a lively, exquisitely crafted, and unrelentingly fun gallop through Gailey's verdant imagination.” (NPR)

Djinn Patrol on the Purple Line
by Deepa Anappara
When a schoolmate disappears from their Delhi slum, 9-year-old Jai, inspired by his favorite TV shows, decides to investigate with the help of friends Pari and Faiz. “A debut novel by an Indian journalist tells a story full of humor, warmth, and heartbreak… Engaging characters, bright wit, and compelling storytelling make a tale that's bleak at its core and profoundly moving.” (Kirkus Reviews)

The Lost Book of Adana Moreau
by Michael Zapata
In 1929 New Orleans, celebrated author and Dominican immigrant Adana Moreau destroys the manuscript of her final work as her death looms. Decades later, Saul Drower tries to fulfill a goal of his late grandfather by returning a mysterious manuscript to Moreau’s son, the theoretical physicist Maxwell Moreau, taking Saul and his friend Javier to Katrina-ravaged New Orleans. “Smart and heart-piercing, Lost Book is a story of displacement, erasure, identity, mythology, and the ability of literature to simultaneously express and transcend our lives — not to mention reality.” (NPR)

Remembered
by Yvonne Battle Felton
It is 1910, and as her son lies on his deathbed, Spring and the ghost of her late sister Tempe attend to him by recounting their family history. Their story starts with his grandmother Ella, a free girl who was stolen into slavery at 12 years old—a story of womanhood, motherhood, resilience and brutality. “Painful, vital truth resounds in this accomplished work of fiction.” (The Guardian) This debut was nominated for the Orange Prize when it was published in the UK last year.

The Mercies
by Kiran Millwood Hargrave
In the 17th century, a storm wipes out all of the men in a remote arctic Norwegian village, the women must carry on and fend for themselves. News of their independent feminine existence reaches other shores, bringing sadistic Scottish witch hunter Absalom Cornet to their village to root out heretics. Meanwhile Absolom's wife Ursa forms a bond and attraction with Maren, a village native. “The women—divided, watchful, unlettered, and bereaved—are prey, but they are not helpless. In clean, gripping sentences the author is wonderfully tuned to the ways and gestures of a seemingly taciturn people... This chilling tale of religious persecution is served up with a feminist bite.” (Kirkus Reviews)

The Resisters
by Gish Jen
In a future dystopian AutoAmerica, the haves are called the Netted and the have-nots are called the Surplus, and all are heavily surveilled. A once professional couple, now Surplus due to resistance activities, have a daughter Gwen blessed with a golden arm, prompting them to start an underground baseball league. Baseball might be a path back to Netted life for Gwen—if she wants it. “In this astutely realized and unnervingly possible depiction of a near-future world, Jen masterfully entwines shrewd mischief, knowing compassion, and profound social critique in a suspenseful tale encompassing baseball ardor, family love, newly insidious forms of racism and tyranny, and a wily and righteous resistance movement.” (Booklist) Jen's other books include Typical American (1991) and World and Town (2010).

The Girl With the Louding Voice
by Abi Daré
Adunni is a 14-year-old Nigerian girl who longs to go to school. When her father sells her into marriage instead, she escapes to Lagos where she becomes an indentured servant to a wealthy family but still dreams of becoming a teacher. “Daré's arresting prose provides a window into the lives of Nigerians of all socioeconomic levels and shows readers the beauty and humor that may be found even in the midst of harrowing experiences. Although the problems and antagonists Adunni faces would challenge even capable adults, she defies almost everyone's expectations and not only survives but thrives.” (Booklist)

The Regrets
by Amy Bonnaffons
Rachel meets Thomas at a bus stop and feels an instant and intense attraction. Problem is, he’s dead. He’s been sent back to earth for 90 days following an administrative error, and although he’s not supposed to interact with the living Rachel and Thomas embark on an intense affair until he begins disappearing bit by bit. “Bonnaffons' (The Wrong Heaven, 2018) first full-length novel is a rare pleasure: a philosophical rom-com too weird, too bodily, too precise, too fun to get bogged down in trembling sentiment. Deep and deeply funny.” (Kirkus Reviews)