What will be your first read of the new year? We have ten ideas for you. 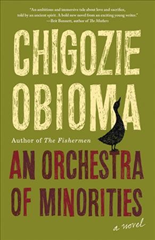 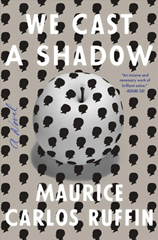 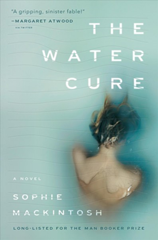 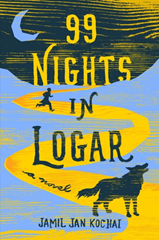 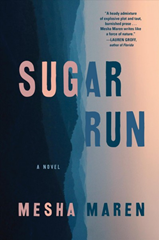 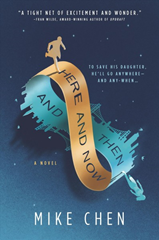 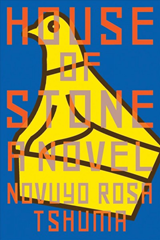 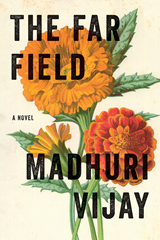 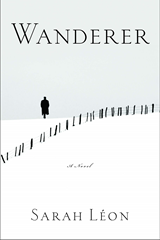 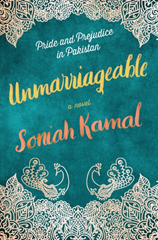 An Orchestra of Minorities
by Chigozie Obioma
Following the success of Booker Prize shortlisted novel The Fishermen, Obioma returns with a story narrated by a 700-year-old spirit, featuring the struggles of Nigerian chicken farmer Chinonso and his love Ndali, the daughter of a wealthy family. In an attempt to win her family’s approval, Chinonso sells everything he owns to pay for a University degree in Cyprus. When he arrives he discovers he has been robbed and stranded by a terrible scam. “Obioma’s novel is electrifying, a meticulously crafted character drama told with emotional intensity. His invention, combining Igbo folklore and Greek tragedy in the context of modern Nigeria, makes for a rich, enchanting experience.” (Publishers Weekly)

We Cast a Shadow
by Maurice Carlos Ruffin
In the near future, racism in America is on the rise. The unnamed narrator of this novel endures humiliation and tokenization at his job because he will do anything for his son, Nigel. Wishing to spare Nigel the dangers of being young and Black in America, he becomes obsessed with an experimental surgical procedure that will make Nigel look white. “Set in a disturbingly familiar near future, where entire black neighborhoods are imprisoned in the name of security and “the bad blacks” can be denuded and deported under the “Dreadlock Ordinance,” Ruffin's debut novel is a harsh indictment of a society that views blackness as a disorder and that forces black men to choose between self-respect and survival… Brilliant and devastating.” (Booklist)

The Water Cure
by Sophie Mackintosh
In a dystopian future wracked by environmental disasters, sisters Grace, Lia, and Sky live in seaside isolation with their father and mother. Their only visitors are women seeking cures and feeling violence, until their father disappears and three strange men wash up on shore. “Mackintosh's intense, ambitious debut, longlisted for the Man Booker, evokes a feminist dystopia where three sisters live in isolation meant to protect them from a toxic world that has become particularly dangerous for women… Mackintosh's gripping novel is vicious in its depiction of victimhood, vibrant when victims transform into warriors, and full of outrage at patriarchal power, environmental devastation, and the dehumanization of women.” (Publishers Weekly)

99 Nights in Logar
by Jamil Jan Kochai
After having lived in the U.S. for half of his life, 12-year-old Marwand takes a family summer trip to their native village of Logar near American-occupied Kabul in Afghanistan. An unfriendly encounter with a dog leads to an adventure with relatives as they regale each other with stories. “With beautiful prose that encompasses the brutality of life in Afghanistan without overshadowing the warmth of family, culture, and storytelling… A vivid and moving novel about heritage, history, and the family bonds that transcend culture.” (Kirkus Reviews)

Sugar Run
by Mesha Maren
Jodi McCarty is 35 when she completes her Georgia prison sentence for shooting her girlfriend Paula when she was a teenager. On a quest to keep a promise she made to Paula, she meets and falls for Miranda, mother of three with serious troubles of her own. “A world of shifting allegiances, small-town bigotry, draining poverty, pervasive substance abuse, and secrets as destructive as the blasts used in fracking on the property down the road from the farm... This impressive first novel combines beautifully crafted language and a steamy Southern noir plot to fine effect.” (Kirkus Reviews)

Here and Now and Then
by Mike Chen
Kin Stewart, a time traveler from the year 2142, finds himself stuck in 1990s San Francisco. His memory compromised, he falls in love, has a daughter and settles into a comfortable life until 18 years later, his best friend arrives to force him back to his former life in the future. Meanwhile, his daughter’s very existence is in danger and Kin must figure out how to save her from another century. “Heartfelt and thrilling... Kin's agony is deeply moving. His choices are often selfish but entirely understandable; he is human, with good intentions and profound flaws. Quick pacing, complex characters, and a fascinating premise make this an unforgettable debut.” (Publishers Weekly)

House of Stone
by Novuyo Rosa Tshuma
In 2007 Zimbabwe, the teenage son of Abednego and Agnes Mlambo goes missing after an anti-Mugabe demonstration. Their lodger Zamani, a 20-year-old orphan desperate for a family of his own, spots an opportunity and embarks on a devious campaign of manipulation and deception in an effort to take their son’s place. “Tshuma delineates a rich and complicated tale about the importance of history… the price of revolution, the pursuit of freedom, and the remaking of one's self. A multilayered, twisting, and surprising whirlwind of a novel that is as impressive as it is heartbreaking.” (Kirkus Reviews)

The Far Field
by Madhuri Vijay
30-year-old Shalini is a privileged and aimless young woman grieving her mother’s death. She decides to leave her home in Bangalore, India and travel to the northern region of Kashmir to find Bashir Ahmed, a former travelling merchant who was a friend to her mother. While her journey leads her to unexpected joys she must also confront volatile political conflicts, class differences and fraught histories. “Vijay intertwines her story's threads with dazzling skill. Dense, layered, impossible to pin—or put—down, her first novel is an engrossing tale of love and grief, politics and morality. Combining up-close character studies with finely plotted drama, this is a triumphant, transporting debut.” (Booklist)

Wanderer
by Sarah Léon, translated by John Cullen
Hermin is a composer who finds wintry solitude in France’s Bourbonnais mountains. His seclusion is interrupted by the surprise visit of an old friend and former student Lenny, a musical prodigy who disappeared suddenly from his life a decade earlier. Secrets from the past and present unfold, punctuated with musical allusion in a book that was nominated for the Prix Goncourt for a first novel. “A brooding tone underlines the pair’s resentment and dependence on each other, which seethes just below the surface during their conversations in the forest and silent moments by the fire. Léon perfectly measures out past and present to reach a satisfying and intimate crescendo.” (Booklist)

Unmarriageable
by Soniah Kamal
In this modern-day adaptation of Pride and Prejudice set in Pakistan, Alys Binat is an independent woman with a job as an English teacher, and she has no interest in marrying--especially not that proud Mr. Darsee. “The author remains faithful to the original story while giving readers insight into Pakistani culture in a modern retelling both enlightening and entertaining. The dialog sparkles with sharp humor, which will dazzle readers with counterparts of the original.” (Library Journal)