July is not holding back on the great new fiction releases. Time to place your holds! 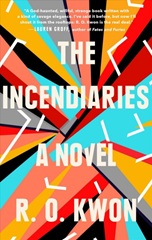 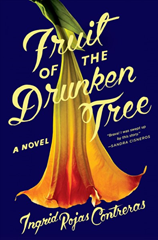 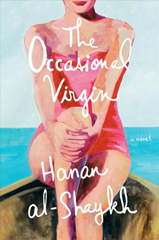 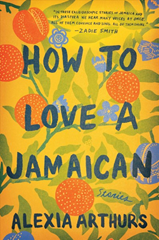 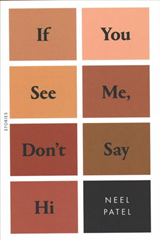 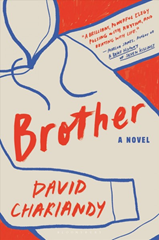 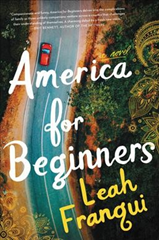 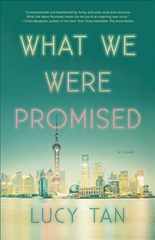 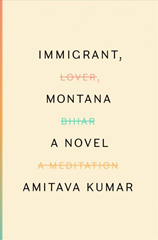 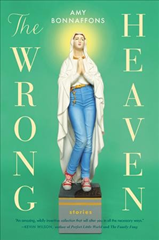 The Incendiaries
by R. O. Kwon
“Written in dazzling, spare prose, Kwon’s debut tells the fractured story of three young people looking for something to believe in while attending the prestigious Edwards University. There’s Will Kendall, a one-time “kid evangelist” who transferred from a Bible college after losing his faith in God. He soon meets—and falls in love with—Pheobe Lin, a Korean-American pianist wrestling with the death of her mother in an accident for which she blames herself. And then there’s John Leal, a charismatic cult leader and former Edwards student who claims to have been held captive in North Korea… In this intriguing cult story, Kwon thoroughly explores her characters’ motivations, making for an urgent and disarming debut.” (Publishers Weekly) The New York Times hyped her as one of “4 Writers to Watch This Summer.”

Fruit of the Drunken Tree
by Ingrid Rojas Contreras
“In this incomparable debut novel, Contreras draws on her own experience growing up in turbulent 1990s Bogotá, Colombia, amid the violence and social instability fueled by Pablo Escobar’s narcotics trafficking. In vividly rendered prose, textured with generous Spanish, Contreras tells the story of an unlikely bond between two girls on the verge of womanhood: Chula, the daughter of a middle-class family, and Petrona, the teenager hired to serve as the family’s maid… A riveting, powerful, and fascinating first novel.” (Booklist)

The Occasional Virgin
by Hanan Al-Shaykh
"Novelist and memoirist al-Shaykh (One Thousand and One Nights: A Retelling, 2013, etc.) delivers an elegant story of a friendship that is anything but easy. Huda and Yvonne are both Lebanese with long memories of civil war and oppression but with little else in common: Huda is Muslim, Yvonne Christian; Yvonne is a touch flighty, Huda steadfast... Al-Shaykh's novel is full of quiet regrets as it speaks gracefully to the challenges of friendship, challenges that threaten to drive the two women apart but that, in the end, instead strengthen their bond. Another winning book by one of the most distinguished Arabic-language writers at work today.” (Kirkus Reviews)

How to Love a Jamaican: Stories
by Alexia Arthurs
"Arthurs’s debut collection of short stories is an impressive, fully realized work that grapples with Jamaican womanhood. Her mission is clear from the first story, “Light-Skinned Girls and Kelly Rowlands,” which looks at two Jamaican-American students from radically different backgrounds who bond over art, family, and their shared heritage. In another, “Island,” a woman finally returns to the island with several other Jamaican-American friends, only to feel isolated from them by her newly found interest in women. While critical, Arthurs never condemns as she explores the nuances in fraught intra-community subjects like depression, assimilation, and ethnic tensions. “Maybe our kind doesn’t have time for soft words,” one narrator wonders in “We Eat Our Daughters,” an exploration of motherhood. Arthurs offers a compassionate response with these tender portraits of hard women, lost girls, and the people who love them.” (Village Voice) You can get an all-too-brief sample from the Paris Review here but only subscribers will get the full story.

If You See Me, Don't Say Hi: Stories
by Neel Patel
“Debut-author Patel’s 10 compact yet meaty stories feature characters—most of them first-generation Indian Americans, as the author is—trying to navigate a world full of expectations (go to college, land a prestigious job, get married, have children) only to find themselves continually thwarted. Like the young man in the story “Just a Friend,” who finds himself in a seemingly perfect, whirlwind relationship with an older man, and soon discovers that nothing is what it seems. Or the woman who is dating the “right” man (one her parents approve of) yet seeks out a one-night stand with the Wi-Fi fix-it guy... Patel explores universal themes in unexpected ways and excels at portraying nuanced characters in even the briefest stories. Readers in search of a fresh new voice should be on the lookout for Patel.” (Booklist)

Brother
by David Chariandy
“A novel about the indignities, frustrations, and joy found in a Toronto public housing complex. The Park is a sprawling complex home to thousands of residents struggling to find work, take care of each other, and get through another day. Like so many of the Park's residents, Michael and Francis are the children of an immigrant single mother. Ruth came from Trinidad with dreams of becoming a nurse; instead, she's working multiple jobs, riding buses for hours, and coming home too exhausted to even sleep. Michael and Francis are learning how to survive in the Park as young men. They know how to posture, which guys to avoid, and how to act when the police roll through… An important, riveting novel about dreams, families, and the systems holding them back.” (Kirkus Reviews)

America for Beginners
by Leah Franqui
“When their only child, Rahi, living and working in California, came out to his parents, Pival Sengupta's husband, Ram, forbade any mention of him and furiously blamed Pival for their son's orientation. After a years-long estrangement, Ram takes a call from America and tells Pival that their son is dead. She doesn't believe him, and now that Ram himself is dead, she leaves Kolkata, India, to discover the truth about Rahi. After booking a tour with an American travel company that caters to upper-class Indians, she quickly puts tour guide Satya in his place when he tries to pass himself off as Bengali (he's from Bangladesh) and accepts Rebecca, an unemployed actress, as her companion for propriety's sake. Off this ill-matched trio head on a cross-country road trip to California… Debut author Franqui, an award-winning playwright living in Mumbai, writes a tender, funny, wrenching, beautifully executed tale of three lost souls who traverse the chasms of cultural, generational, and geographical divides to forge some bonds strong and true enough to withstand life's gut punches.” (Library Journal)

What We Were Promised
by Lucy Tan
“This first novel opens with the mystery of a missing ivory bracelet belonging to Lina, wife of marketing strategist Wei, who lives luxuriously with her husband and daughter in a full-service apartment in Shanghai. Housekeepers Sunny and Rose are the primary suspects, as they have access to the home's private areas. As readers learn about these young women and eventually discover who took the bracelet, the secrets behind Lina and Wei's betrothal and their more humble beginnings are also revealed… Throughout, Tan's talent as a storyteller clearly shines through her strong plot lines and characterization; readers will want to know more about each well-crafted player in the story, rich or poor, young or old.” (Library Journal)

Immigrant, Montana
by Amitava Kumar
“The plot of Kumar’s droll and exhilarating second novel (following Nobody Does the Right Thing) may feel familiar at first, but this coming-of-age-in-the-city story is bolstered by the author’s captivating prose, which keeps it consistently surprising and hilarious. Indian immigrant Kailash arrives in New York in 1990 wide-eyed but also wry, self-aware, and intellectually thirsty. Kailash lives uptown and attends college, and soon has his first sexual experience, with the socially conscious Jennifer, a coworker at the bookstore where he works, who brings him hummus and takes him ice skating. After he and Jennifer break up, he begins to date the mischievous Nina, followed by a series of other young women; the novel’s seven parts are titled after Kailash’s romantic partners, his formal education intertwined with his personal education... Ultimately, his journey is more intellectual than physical, and the book includes a plethora of lively literary and cultural references in footnotes, sidebars, and illustrations. This novel is an inventive delight, perfectly pitched to omnivorous readers.” (Publishers Weekly)

The Wrong Heaven
by Amy Bonnaffons
“At once goofy, poignant, and edged with the fantastic, the stories in Bonnaffons's debut collection initially surprise, then turn into one long, delicious rush—you just have to get into the author's frame of mind… Throughout, Bonnaffons shows us absurdity and carefully managed pain.” (Publishers Weekly)