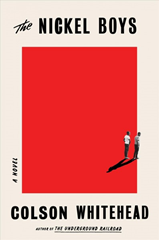 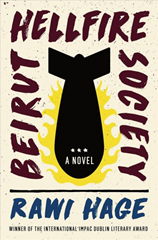 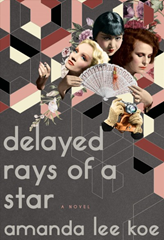 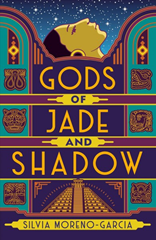 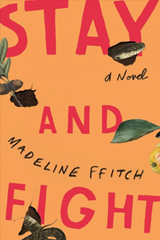 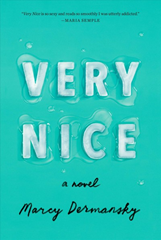 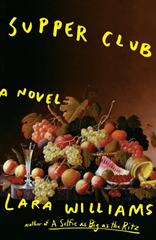 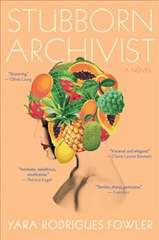 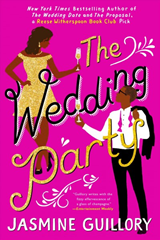 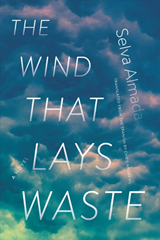 The Nickel Boys
by Colson Whitehead
In the late years of Jim Crow, Elwood Curtis is a college-bound youth who is wrongly accused of a crime and sent to a juvenile reformatory called the Nickel Academy in Jackson County, Fla, an institution steeped in sadistic abuse and corruption where troublemakers disappear forever. “Inspired by horrific events that transpired at the real-life Dozier School for Boys, Whitehead’s brilliant examination of America’s history of violence is a stunning novel of impeccable language and startling insight.” (Publishers Weekly) The Nickel Boys is Whitehead’s first book following the Pulitzer Prize- and National Book Award-winning novel The Underground Railroad.

Beirut Hellfire Society
by Rawi Hage
Episodes in a year in the life of Pavlov, a second-generation Beirut undertaker who inherits his father’s role in the Hellfire Society, a clandestine association that cares for the bodies of outcasts and so-called degenerates. Meanwhile, Pavlov witnesses the collapse of his war-ravaged environment. “Despite the mordant mood, there's something vivifying for both the reader and Pavlov alike in these vignettes, a sense that our thoughts about death are the true crucible for our lives, even if our hero is left unimpressed with humanity by the experience...  A well-turned seriocomic tale about death in a place where it's become inescapable.” (Kirkus Reviews) Hage is a Lebanese-Canadian writer, journalist, photographer and winner of the International IMPAC Dublin Award for his debut novel, De Niro's Game (2006).

Delayed Rays of a Star
by Amanda Lee Koe
A 1928 photograph of Marlene Dietrich, Anna May Wong, and Leni Riefenstahl together at a Berlin party becomes the starting point for a tale that follows these three women as their lives intersect (through film projects and a brief affair between Anna May and Marlene) and diverge, spanning multiple continents and decades. “Ambitious and well-researched… successfully melds historical fact with expansive and generous storytelling… Throughout, their stories contend with the notion of authenticity in life and art—of how performers define themselves in the public sphere and behind closed doors. Readers will find much to ponder in these vivid, fictionalized deep dives into three women who changed cinema.” (Publishers Weekly)

Gods of Jade and Shadow
by Silvia Moreno-Garcia
Casiopea Tun has accidentally revived the Mayan death god Hun-Kamé, leading her to join his quest to reclaim power over the underworld. “A stirring historical fantasy set in the Roaring Twenties and steeped in Mayan mythology... Lavish clothes; jazzy music; and ruminations on life, death, fate, and the cosmos combine with blood-drenched nightmares, grisly religious rituals, and road-trip high jinks... Snappy dialog, stellar worldbuilding, lyrical prose, and a slow-burn romance make this a standout.” (Library Journal)

Stay and Fight
by Madeline Ffitch
Lily and Karen’s are expecting a baby boy, so they face imminent eviction from their women-only community on the Appalachian Women's Land Trust. Helen is a recent Seattle transplant who moved to 20 acres of wilderness with a boyfriend who decided that he wasn’t cut out for that life and split. Helen invites Lily, Karen and baby Perley to join her homestead and an unusual family is born. “Remarkable and gripping… a messy, real depiction of people who fully embody the imperative of the novel's title. This is a stellar novel.” (Publishers Weekly)

Very Nice
by Marcy Dermansky
Told in vignettes, this literary soap opera involves a love triangle between a recent graduate of a liberal arts college, her writing professor, and her wealthy and recently divorced mother, also starring a poodle named Princess and twins Khloe, a financial analyst and Kristi, a writer at the Iowa Writers' Workshop. “Sly, deceptively simple and thoroughly seductive… Her sharp satire spares none of the characters and teeters brilliantly on the edge of comedy and tragedy.” (Publishers Weekly) Very Nice follows her 2016 novel The Red Car, which was named a Best Book of the Year by the San Francisco Chronicle among others.

Supper Club
by Lara Williams
Roberta is depressed, lonely, and bored with her too-conventional life until she meets Stevie, and they create a women-only supper club where the appetites of women are celebrated and indulged. “Mixing together insights about food and friendship, hunger and happiness, and the space women allot themselves in the world today, Williams writes with warmth, wit, and wisdom, serving up distinctive characters and a delectably unusual story. Williams' debut novel will satisfy your craving for terrific writing and leave you hungry for more from this talented writer.” (Kirkus Reviews)

Stubborn Archivist
by Yara Rodrigues Fowler
A bicultural, bilingual unnamed young woman, born in London to an English father and Brazilian mother, moves through adolescence and young adulthood while coming to terms with her identity in this mix of autofiction and poetry. “Captivating, unconventional… This novel seeps with the sweet satisfaction of staking a place in the world.” (Kirkus Reviews)

The Wedding Party
by Jasmine Guillory
Rounding out a trilogy that began with The Wedding Date and continued with The Proposal, The Wedding Party features an unlikely fling between Maddie and Theo, who agree to overlook their differences in order to help their best friend Alexa plan her wedding. Booklist calls it a “hilarious, satisfying romantic comedy.” Readers who are new to the series will have three fun, smart and sexy summer reads to enjoy!

The Wind That Lays Waste
by Selva Almada
In rural Argentina, unexpected car trouble prompts an encounter between evangelical preacher  Reverend Pearson, his skeptical teenage daughter Leni, mechanic and atheist Gringo Brauer, and his assistant Tapioca. “Drawing language from each character's worldview, and interspersing short sermons, Almada weaves together a quick and tightly told novel that includes smart glimpses into the past, which reveal odd parallels among the four and force each to question the roles of fate, providence, and agency in his or her life... She's been billed as a promising voice in Latin American literature, and this tale delivers readily on that promise.” (Booklist)

Love seeing Jasmine Guillory on this list! Love that series.

Great suggestions! Thank you for introductions to such a diverse range of new books.