What will you read in June? These ten novels offer tempting options! 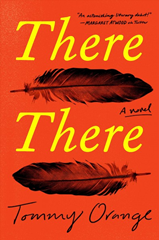 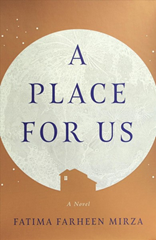 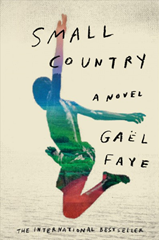 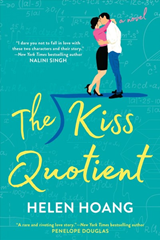 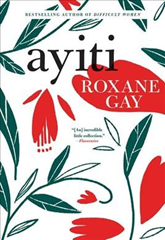 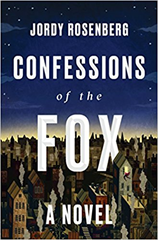 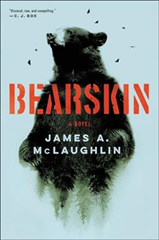 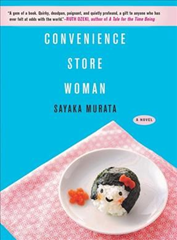 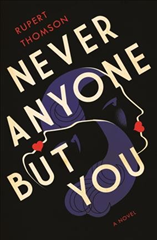 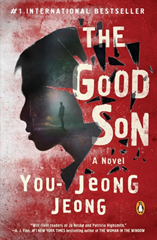 There There
by Tommy Orange
Oakland is the setting for this unflinchingly brutal, compassionate, and sometimes humorous debut novel which takes a panoramic look at the lives of urban Native Americans.  The stories of twelve individuals weave together with rage, pain and beauty as their paths converge at the Big Oakland Powwow. “A deep dive into the fractured diaspora of a community that remains, in many ways, invisible to many outside of it… In this vivid and moving book, Orange articulates the challenges and complexities not only of Native Americans, but also of America itself.” (Kirkus Reviews)

A Place for Us
by Fatima Farheen Mirza
Layla and Rafiq are Muslim Indian immigrants raising three children in California whose family is split by the rebellion of their son, Amar. The event of their daughter Hadia’s wedding prompts each character to reflect on memories, bringing forth powerful and painful recollections. “Extraordinary in its depth and diligence… Each complex, surprising character struggles with faith, responsibility, racism, fear, longing, and jealousy, while Mirza conveys with graceful specificity the rhythms of Muslim life, from prayer to wearing hijab, gender etiquette, food, holidays, and values, all of which illuminate universal quandaries about family, self, culture, beliefs, and generational change.” (Booklist)

Small Country
by Gael Faye, translated by Sarah Ardizzone
Gabriel is the son of a French father and a Rwandan mother living a carefree life in the Burundi capital of Bujumbura. His coming of age coincides with the mid-1990s eruption of political chaos in Burundi and Rwanda. “Faye debuts a precise and potent voice in his deeply affecting novel… The juxtaposition of everyday growing pains and the fallout from atrocities is heightened by Faye’s lovely prose, which builds a heartrending portrait of the end of childhood.” (Publishers Weekly) Small Country was originally published in France, where it won multiple awards.

Kiss Quotient
by Helen Hoang
30-year-old econometrician Stella Lane has Asperger's syndrome, and although she is feeling pressure to settle down, she is repelled by the idea of sex and romance. She decides to hire an escort, Michael, to be her fake boyfriend in a practical and unconventional effort to learn about relationships.  “Debut author Hoang, diagnosed with Asperger's herself, portrays Stella with honesty and tenderness. Michael's fraught family history is given lush attention, with a cast of endearing relatives who come together in a delightfully realistic portrayal of an unlikely couple falling in love.” (Library Journal)

Ayiti
by Roxane Gay
Gay’s 2011 collection of short stories is being rereleased in a new edition with several new stories, no doubt prompted by acclaim and popularity generated by her work as a writer of fiction, essays and memoir including Hunger, Bad Feminist, and Difficult Women. “Gay’s parents were born in Haiti, the country that the characters in these 15 stories live in, visit, or leave and consider with the pride that exists especially for one’s homeland… Dismantling the glib misconceptions of her complex ancestral home, Gay cuts and thrills. Readers will find her powerful first book difficult to put down.” (Booklist)

Confessions of the Fox
by Jordy Rosenberg
This 18th century queer love story, present-day Academic satire and epic rollicking swashbuckling adventure rolled into one revolves around the true-life story of legendary British thief and jailbreaker Jack Sheppard. Troubled university professor Dr. Voth discovers a 1724 manuscript that recounts the story of how the notorious Sheppard began life as an orphan girl who was sold into servitude, fell in love with a sex worker named Bess, and together they breathlessly pursued their dream of freedom. “Resonant of George Saunders, of Nikolai Gogol, and of nothing that’s ever been written before, professor of literature and queer/trans theory Rosenberg’s debut is a triumph… Irreverent, erudite, and not to be missed.” (Booklist)

Bearskin
by James A. McLaughlin
Violent confrontations loom in this atmospheric and suspenseful thriller featuring Rice Moore, a caretaker on an Appalachian forest preserve. He fled Arizona after he crossed a drug cartel, and now faces conflict with bear poachers and other locals. “Told in spare prose and portraying the authentic mechanics of hunting, combat, and psychological defense, the novel dares the reader to root for this damaged antihero but convinces us that he's worth it. An intense, visceral debut equal to the best that country noir has to offer.” (Kirkus)

Convenience Store Woman
by Sayaka Murata, translated by Ginny Tapley Takemori
Keiko Furukura was a strange child. When she turned 18, she discovered that as a convenience store worker at Smile Mart she could smother her unconventional urges with her employer’s rigid corporate culture. Another 18 years later, adult expectations of who she should be chip away at her efforts at living a “normal life.” “A sly take on modern work culture and social conformism… Murata provides deceptively sharp commentary on the narrow social slots people—particularly women—are expected to occupy and how those who deviate can inspire bafflement, fear, or anger in others… A unique and unexpectedly revealing English language debut.” (Kirkus) Winner of Japan’s prestigious Akutagawa Prize.

Never Anyone but You
by Rupert Thomson
Part historical fiction, part love story, and part thriller, this novel recounts the lives of photographer and illustrator Suzanne Malherbe and writer Lucie Schwob, life-long lovers and eccentrics who were connected with the early 20th century literary salons and avant-garde of Paris and later became anti-Nazi propagandists during the German Occupation. “Readers enamored of Paris in its artistic and literary heyday and curious about overlooked historical women and members of the LGBT community will be moved by Thomson’s lovely, quietly powerful novel of reinvention in many forms.” (Booklist)

The Good Son
by You-jeong Jeong, translated by Chi-Young Kim
Twenty-five-year-old Yu-jin suffers from seizures, and the medicine he takes makes him drowsy and prone to memory loss. When finds his mother’s bloody body at the bottom of the stairs, he can’t clearly remember the night before—and wonders if he might be guilty of her murder. “Jeong has been called ‘Korea’s Stephen King,’ and she lives up to the billing with this taut psychological thriller. Yu-jin is an intriguing protagonist, and the many twists and turns Jeong takes with this story arc set the reader up for quite a thrill ride… Incorporating chilling prose, unpredictable characters, and blood by the gallons, Jeong has crafted an ominous and haunting experience.” (Library Journal)