Wondering what to read in May? We have at least ten ideas! Here are ten new works of fiction coming to the library this month. 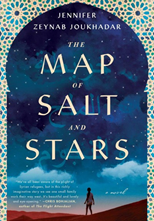 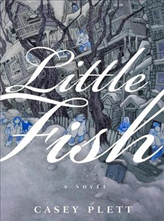 The Mars Room
by Rachel Kushner
Single mother Romy Hall was a stripper at a San Francisco bar when she killed her stalker, earning her two life sentences at Stanville Women's Correctional Facility in California's Central Valley. As she lives out her sentence, she reflects on her precarious childhood and wonders what will become of her son. “This is a gorgeously eviscerating novel of incarceration writ large, of people trapped in the wrong body, the wrong family, poverty, addiction, and prejudice… Rooted in deeply inquisitive thinking and executed with artistry and edgy wit, Kushner’s dramatic and disquieting novel investigates with verve and compassion societal strictures and how very difficult it is to understand each other and to be truly free.” (Booklist) Kushner’s previous novels Telex from Cuba (2008) and The Flamethrowers (2013) were both finalists for the National Book Award.

The Ensemble
by Aja Gabel
In 1990’s San Francisco, four talented musicians form a string quartet that will bind them together for the next two decades. “Gabel's first novel explores the ups and downs of their chamber group, the Van Ness Quartet, as their relationships and talents grow and mature. Each character is fully developed, each action and emotion is believable and relatable... Gabel explores friendship and art with great warmth, humanity, and wisdom.” (Library Journal)

A Lucky Man
by Jamel Brinkley
“An assured debut collection of stories about men and women, young and old, living and loving along the margins in Brooklyn and the Bronx... It's difficult to single out any story as most outstanding since they are each distinguished by Brinkley's lyrical invention, precise descriptions of both emotional and physical terrain, and a prevailing compassion toward people as bemused by travail as they are taken aback by whatever epiphanies blossom before them. A major talent.” (Kirkus Reviews)

The Lost Empress
by Sergio De La Pava
Nina Gill helped her father build the Dallas Cowboys into a dynasty and expected she would inherit the team someday. When her brother inherits the Cowboys and she receives the Paterson Pork, New Jersey's only Indoor Football League franchise, she vows to take on the NFL. Meanwhile Nuno DeAngeles is orchestrating a criminal scheme that involves getting thrown into Rikers Island in order to carry out his plan. “A madcap, football-obsessed tale of crossed destinies and criminal plots gone awry... A whirling vortex of a novel, confusing, misdirecting, and surprising—and a lot of fun.” (Kirkus) De La Pava is the author of A Naked Singularity, a self-published sensation that went on to win the PEN/Robert W. Bingham Prize and was listed as one of the ten best works of fiction of 2012 by The Wall Street Journal.

The Map of Salt and Stars
by Jennifer Zeynab Joukhadar
Intertwined stories connect the lives of an 11-year-old girl fleeing present-day war-torn Syria and a 12th century North African girl who disguises herself as a boy and becomes a cartographer’s apprentice. “Both are fatherless girls growing into young womanhood, and they share a similar search for the meaning of home, both physical and spiritual. Joukhadar plunges the Western reader full force into the refugee world with sensual imagery that is immediate, intense, and at times overwhelming.” (Kirkus)

The Storm
by Arif Anwar
In 1970 East Pakistan, young Shahryar is orphaned by the deadly Bhola cyclone. His unlikely journey to America and fatherhood is one of many storylines that converge in this complex novel that encompasses multiple eras and geographies. “With a sprawling cast of vividly drawn characters, most of whom must negotiate a dizzying array of religious, economic, and national boundaries, this powerful and important debut is a story for our time… Essential for fans of literary fiction.” (Library Journal)

Welcome to Lagos
by Chibundu Onuzo
Among the chaos of Nigeria’s capitol, an unlikely crew of Army deserters and runaways encounters an Education Minister in the thick of a Robin Hood-inspired scandal. “A crisp story that uses well-fleshed characters and a razor-tight plot… a tangy Ocean’s Eleven–esque escapade that exposes class and ethnic divides in the country even as it manages to mock the West for its colonial gaze toward the African continent as a whole. Full of nuance, the story spares no one as it careens toward its satisfying finale.” (Booklist)

Little Fish
by Casey Plett
Wendy Reimer is a thirty-year-old trans woman living in Winnipeg, Canada. She grapples with constant hostility but is buoyed by a supportive community. When her grandmother dies, Wendy must deal with her grief while she discovers evidence that her late grandfather, a Mennonite, may have also been transgender. “A confident, moving work that reports unflinchingly on the lives of trans women in Winnipeg. But more than that, it’s also an honest and heartbreaking, and sometimes funny, look at a group of friends trying to come to terms with themselves and their world… a powerful and important debut.” (National Post)

Motherhood
by Sheila Heti
A woman in her thirties asks herself whether or not she wants to become a mother.  She mulls over this question with her partner, family and friends, consults mystical sources and contemplates her desires. “A book of sex (the real, unsensational kind), mood swings, and deep feminist thought, this volume is essentially a chronicle of vacillating ruminations on this big question. Although readers shouldn’t go in expecting clean-cut epiphanies, this lively, exhilaratingly smart, and deliberately, appropriately frustrating affair asks difficult questions about women’s responsibilities and desires, and society’s expectations.” (Publishers Weekly) Heti is the author of How Should a Person Be? (2012), a New York Times Notable Book.