If you're looking for a great book to curl up with, October has the goods! 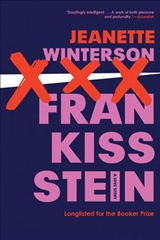 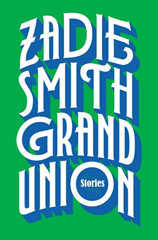 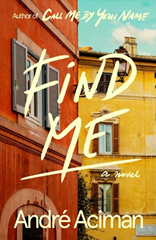 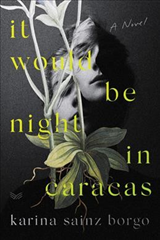 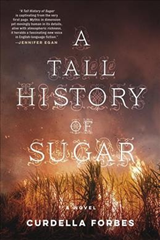 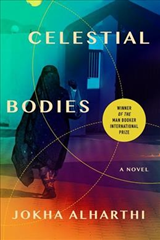 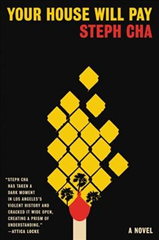 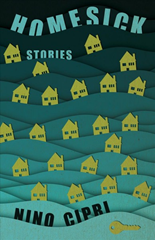 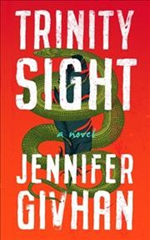 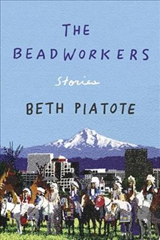 Frankissstein
by Jeanette Winterson
Winterson—winner of numerous awards including a Whitbread Prize for Oranges Are Not the Only Fruit (1985) and two Lambda Literary awards for Written on the Body (1992) and Why Be Happy When You Could Be Normal? (2011)—ingeniously connects the 19th century story of Mary Shelley as she concocts her enduring novel Frankenstein with the present-day antics of transgender doctor Ry Shelley and his romantic interest Victor Stein, a scientist exploring AI, human consciousness, cryogenics and the singularity. “Magnificent… This vividly imagined and gorgeously constructed novel will have readers laughing out loud—and then pondering their personhood and mortality on the next page.” (Publishers Weekly)

Grand Union: Stories
by Zadie Smith
From an iconic and multi-award winning writer known for acclaimed novels such as White Teeth (2000) and On Beauty (2005), her first story collection features new works alongside pieces previously published in The New Yorker and The Paris Review. “Smith, an empathic and sardonic global writer, inhabits the psyches of radically different characters in varied settings as she orchestrates stealthily cutting dramas of generational and societal power struggles complicated by gender and race... Fury, heartbreak, and drollery collide in masterfully crafted prose.” (Booklist)

Find Me
by Andre Aciman
A sequel to Aciman's beloved novel Call Me by Your Name (2007) returns to its characters 20 years later: Oliver is a married professor with a family and Elio is a professional pianist with an enduring bond with his father Samuel. While the novel explores new relationships, a connection still looms between Oliver and Elio. “Core themes—including fatherhood, music, the nature of time and fate, the weight and promise of the past—are infused with eroticism, nostalgia and tenderness in fluid prose. The novel again demonstrates Aciman’s capacity to fuse the sensual and the cerebral in stories that touch the heart.” (Publishers Weekly)

It Would Be Night in Caracas
by Karina Sainz Borgo, translated by Elizabeth Bryer
A debut novel from a former Venezuelan journalist depicts the chaos, brutality and terror of a country under siege through the eyes of Adelaida, a woman experiencing the grief of losing her mother as she fights to survive day by day. The discovery of her neighbor’s dead body strangely becomes the first step toward her pursuit of a new life. “Sainz Borgo renders the psychological and emotional toll of government collapse with both nuance and authority, thrusting the reader into Adelaida's struggle for existence and the stark choices before her… A propulsively written, harrowing story, as desperate as it is timely.” (Kirkus Reviews)

A Tall History of Sugar
by Curdella Forbes
In the years right before Jamaica's independence from Britain, a childless fisherman’s wife finds and adopts an abandoned baby with extraordinary features: skin so translucent it appears blue, two different colored eyes, with white hair in front and black hair in back. He is treated as an outsider until he meets Arrienne, who becomes his friend and eventually his love as they come of age and find their way, she as an activist and he as an artist. “In some ways this book tells a story of a love too deep to become romantic. In other ways it's a novel of colonialism and its tragic aftermath of racism and economic despair… The characters so vivid, their depictions so intimate, that the skin of the pages themselves almost pulse beneath the reader's fingers. A powerful journey into the souls of two lovers, two countries, and the people caught in the wakes of empires.” (Kirkus Reviews)

Celestial Bodies
by Jokha Alharthi, translated by Marilyn Booth
Winner of the 2019 Man Booker International Prize, this novel sets an intergenerational story against the backdrop of complicated cultural change in Oman in the 20th century, told through the perspectives of multiple individuals and their intertwined families. “The narrative jumps among a large and clamorous cast of characters as well as back and forth in time, a technique that reinforces the sense of past and present overlapping… A richly layered, ambitious work that teems with human struggles and contradictions, providing fascinating insight into Omani history and society.” (Kirkus Reviews)

Your House Will Pay
by Steph Cha
Teenagers Shawn and Grace are connected by a tragic crime: in 1992 South Central Los Angeles, Grace’s shopkeeper mother Jung-Ja shoots and kills Shawn’s sister when she suspects the child of stealing. Almost 30 years later, Jung-Ja’s death in a drive-by shooting forces Shawn and Grace to confront painful memories. “A real-life racial incident is transfigured into a riveting thriller about two families' heartbreaking struggles to confront and transcend rage and loss… Cha's storytelling shows how fiction can delicately extract deeper revelations from daily headlines.” (Kirkus Reviews)

Homesick: Stories
by Nino Cipri
This collection of nine stories, recipient of the Dzanc Short Story Collection Prize, delves into speculative territory while centering queer, trans and nonbinary characters. “An organic and refreshing take on the paranormal… they'll all haunt readers long after the book is closed. A beautiful, sometimes haunting, always inviting and inclusive collection about life, love, and the paranormal.” (Kirkus Reviews)

Trinity Sight
by Jennifer Givhan
Anthropologist Calliope Santiago wakes from a mysterious car crash to find all other cars on the road have been abandoned. When she returns home, virtually everyone in the neighborhood has vanished including her husband and young son. Heavily pregnant with twins, she joins a ragtag party of the remaining to confront an alarming wasteland. “Poet Givhan blends Puebloan, Zuni, and Mexican American cultures in this searing postapocalyptic rumination on motherhood, genocide, and environmentalism… Poetry imbues every page with power and truth, and the intense plot is propelled by fully realized characters and a majestically primal setting.” (Library Journal)

Beadworkers
by Beth Piatote
Nez Perce writer, scholar and UC Berkeley associate professor Beth Piatote offers a collection of stories set in the Pacific Northwest that explore Native American lives while drawing on politics, history and culture. “Piatote balances the emotional complexities of her characters' lives with the political complexity of their relationship with an America all too eager to look away. A poignant and challenging look at the way the past and present collide.” (Kirkus Reviews)