If you're wondering what to read next, here are ten excellent novels coming out in September. 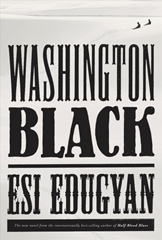 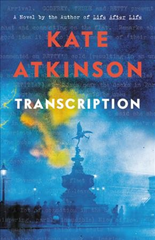 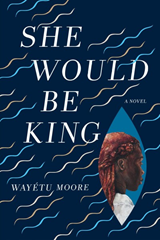 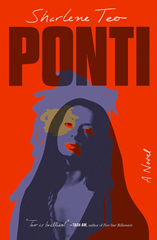 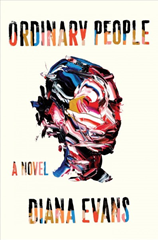 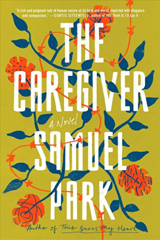 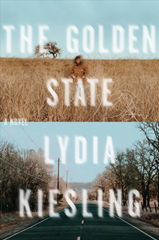 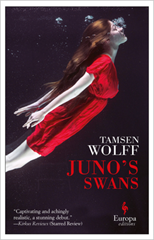 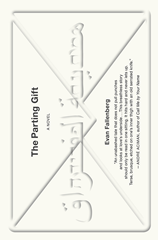 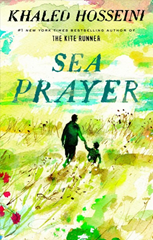 Washington Black
by Esi Edugyan
Washington Black is an enslaved young man on a Barbados sugar plantation who is taken under the wing of the master’s eccentric brother, who becomes his mentor, teaches him to read and flees with him to the north. “Framing the story with rich evocations of the era’s science and the world it studies, Edugyan mines the tensions between individual goodwill and systemic oppression, belonging and exclusion, wonder and terror, and human and natural order… Crafted in supple, nuanced prose, Edugyan’s novel is both searing and beautiful.” (Publishers Weekly) Edugyan’s previous book Half-Blood Blues (2012) won the Giller Prize and was short-listed for the Man Booker Prize; Washington Black is currently on the Booker longlist.

Transcription
by Kate Atkinson
Triple Whitbread/Costa award winner Atkinson’s latest novel tells the story of Juliet Armstrong, working in British intelligence in 1940, and the grave events that haunt her ten years later when she’s a BBC radio producer. “As in her sublime Life after Life (2013), Atkinson again jumps between different periods in the mid-twentieth century to tell the story of a singular Englishwoman trapped in the vice of history… she is an exquisite writer of prose, using language with startling precision whether she is plumbing an inner life, describing events of appalling violence, or displaying her characters’ wonderfully acerbic wit.” (Booklist)

She Would Be King
by Wayétu Moore
June Dey, a runaway from a Virginia plantation, has superhuman strength. Norman, the son of an enslaved woman from Jamaica and a British scholar, can disappear. Gbessa, cast out from her West African village, can come back from the dead. The stories of these characters from various corners of the African diaspora converge in this imaginative retelling of the 19th century creation of the nation of Liberia. “Moore’s stunning debut novel is a magic-realism tour de force… There is an aching sweetness to Moore’s writing that effectively captures the dichotomous and vulnerable strength of her protagonists and catapults this into the realm of books that cast a long-lingering spell.” (Booklist)

Ponti
by Sharlene Teo
Singaporean teenager Szu is an awkward outcast, in contrast to her beautiful single mom, who once starred in a trilogy of cult horror movies. Things turn around for Szu when Circe shows up at school, a transfer student, launching an intense friendship that crashes and burns. “On their own, Teo's sharp characterizations and setting—so alive that the book seems to create its own, humid microclimate—would set this book apart. Add to that her imaginative plot, prose that turns from humor to devastation on a dime, and original storytelling, and Ponti is a beyond-promising debut.” (Booklist) Ponti won the 2016 Deborah Rogers Writers Award for a novel in progress.

Ordinary People
by Diana Evans
Prizewinning author Evans offers intertwined stories of Black love, family, parenthood and friendship in and around London during the Great Recession. Melissa is unsatisfied with her identity as a mom while Michael longs for the passion of their early relationship. Meanwhile, their friend Damian is mourning the loss of his father and longs for city life while his wife Stephanie clings to a suburban ideal that echoes her white middle-class upbringing. “Evans zooms out to build her characters’ culturally rich backstories as they struggle to recognize their older selves and the relationships that have aged along with them. A probing, entertaining, and self-affirming novel of men and women getting relatably lost in the crises and hauntings of early midlife.” (Booklist)

Caregiver
by Samuel Park
In 1970s Rio de Janeiro, eight-year-old Ana is the only child of a struggling single mother whose work as a voice-over actress takes her down a dangerous path. Years later, Ana is an undocumented caregiver in Los Angeles caring for a woman dying of cancer, always haunted by memories of her mother. “Park himself was diagnosed with stomach cancer in 2014, in his 30s, and died shortly after finishing this book—making this his final novel. It's a beautiful testament to his extraordinary talents as a storyteller. In prose that rings clear and true, Park shepherds his characters through the streets of Copacabana to the posh hills of Bel Air. This is an elegy that reads, in some moments, like a thriller—and, in others, like a meditation on what it means to be alive… A ferocious page-turner with deep wells of compassion.” (Kirkus Reviews)

The Golden State
by Lydia Kiesling
Thirty-something San Franciscan Daphne is mother to 16-month-old Honey. Besides the intense demands of early motherhood, she’s bored by her University job, her Turkish husband has been illegally denied reentry into the United States, and she’s reeling from the death of a student. Under the weight of these pressures she impulsively decides to flee with Honey to the desert small-town mobile home she inherited from her mother. “Kiesling writes with breathtaking precision and honesty about motherhood; she captures the relentlessness of parenting a toddler down to her very sentence structure… Kiesling is also an astute cultural commentator, shedding light on our current political divide and university politics and Orientalism and the barbarism of America past and present while shedding light on parts of California often ignored by news and literature.” (San Francisco Chronicle)

Juno's Swans
by Tamsen Wolff
In summer 1988, 17-year-old Nina plans to escape her miserable family and spend the months before her senior year on Cape Cod with her best friend Titch. Plans change when Nina falls hard for slightly older college student Sarah, leaving Titch in the lurch. “Wolff’s debut novel is a riveting account of first love… As Nina’s relationship with Sarah unravels, America unravels in the backdrop as well, with the AIDS epidemic and cultural tensions roiling the nation. Although Nina is keenly aware of the political landscape, Wolff’s crushing novel is ultimately a very personal story, vividly rendered in a montage of memories. Considering both romantic and platonic female relationships, Wolff explores the necessity of lived (instead of studied) experience and the lasting importance of loved ones.” (Publishers Weekly)

The Parting Gift
by Evan Fallenberg
This erotic epistolary novel traces a series of impulsive decisions that leads the unnamed narrator to a Tel Aviv spice market, where he tumbles into a passionate affair with the market’s owner, Uzi. Uzi takes him into his home, to the surprise of his ex-wife and children next door, but their passion leads to jealousy and devastation. “The story is magnetic, drawing readers in from the first crotch-grab to the last goodbye. But more important, this is a complicated study of the ways in which religious heritage—from codes of honor to familial expectations—interacts with business and acceptance, family and lovers, and self-realization. A beautiful novel whose only fault is ending too soon.” (Kirkus Reviews) Fallenberg’s debut novel, Light Fell (2009), won the 2009 Stonewall Prize and the Edmund White Award.

Sea Prayer
by Khaled Hosseini
This brief, illustrated book from the author of The Kite Runner (2003) tells the story of a Syrian refugee family in the form of a letter from a father to son. Filed with tenderness and yearning for home, this book is recommended for readers age 10 to 100+. “The book reads like an emotional gut-punch…an excruciating one. It is impossible to read without feeling intense compassion for those—and there are thousands—whose lives resemble those of the characters in the book. Powerful.” (Kirkus Reviews)