There are so many great books arriving in September! Here are ten titles that will clog your to-read list. 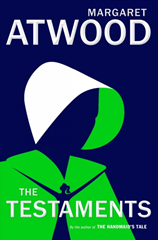 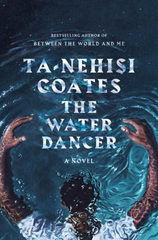 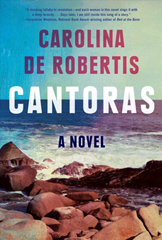 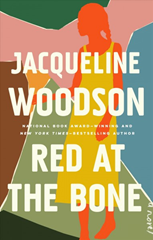 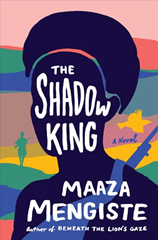 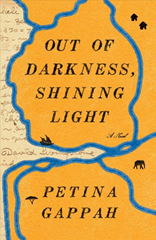 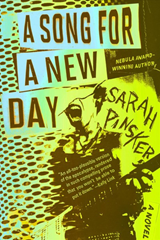 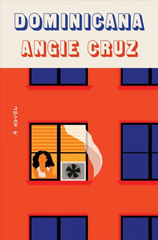 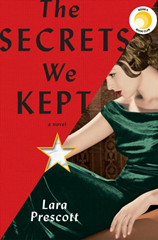 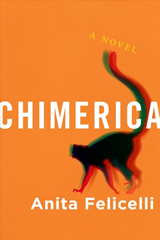 The Testaments
by Margaret Atwood
Find out what happened to Offred after the end of The Handmaid’s Tale. This sequel to Atwood’s iconic, influential, feminist dystopian classic novel revisits Gilead fifteen years later. "Dear Readers,” writes Atwood, “Everything you've ever asked me about Gilead and its inner workings is the inspiration for this book. Well, almost everything! The other inspiration is the world we've been living in."

The Water Dancer
by Ta-Nehisi Coates
Hiram Walker is born into slavery and loses his mother at a young age, but he has a mysterious gift that will save his life, enable his escape from the plantation, and empower him as he joins the underground war on slavery. “In prose that sings and imagination that soars, Coates further cements himself as one of this generation’s most important writers, tackling one of America’s oldest and darkest periods with grace and inventiveness. This is bold, dazzling, and not to be missed.” (Publishers Weekly) This is the first published novel from Coates, who won the 2015 National Book Award for Nonfiction and other awards for Between the World and Me.

Cantoras
by Carolina de Robertis
In 1970s Uruguay under a vicious dictatorship, five queer women share a secret sanctuary in a small fishing village. “Bold and unapologetic, a challenge to the notion of “normalcy” and a tribute to the power of love, friendship and political resistance. It’s a revolutionary fable, ideal for this moment, offered with wisdom and care. De Robertis takes us inside a repressive regime during a time of global revolution and social discord much like our own.” (New York Times)

Red at the Bone
by Jacqueline Woodson
16-year-old Melody is the same age her mother was when she was born. As Melody celebrates the coming-of-age party her mother never had, a torrent of family memories is unleashed. “Beautifully imagined… Woodson’s nuanced voice evokes the complexities of race, class, religion, and sexuality in fluid prose and a series of telling details. This is a wise, powerful, and compassionate novel.” (Publishers Weekly)

The Shadow King
by Maaza Mengiste
In 1935 Ethiopia, Hirut is an orphan and a servant who becomes a warrior in the fight against Fascist Italy in a tale that unfolds from multiple points of view. “Mengiste breaks new ground in this evocative, mesmerizing account of the role of women during wartime—not just as caregivers, but as bold warriors defending their country.” (Publishers Weekly) Ethiopian-American writer Mengiste is the author of Beneath the Lion's Gaze (2010), finalist for the Dayton Literary Peace Prize and named as one of the 10 best contemporary African books by The Guardian.

Out of Darkness, Shining Light
by Petina Gappah
In 1873, upon the death of explorer and missionary Dr. David Livingstone, his African assistants carried his body on a 285-day journey to the coast so that his body could be taken back to England. This epic expedition is recounted in the words of Halima, a cook, and Jacob, a pious apprentice and translator. “A rollicking novel that retells the history of British colonial exploration in Africa from the perspective of historical figures who have otherwise been silenced… a rich, vivid, and addictive book filled with memorably drawn characters. This is a humane, riveting, epic novel that spotlights marginalized historical voices.” (Kirkus) Zimbabwean writer Gappah is the award-author of The Book of Memory (2016) and An Elegy for Easterly (2009).

A Song for a New Day
by Sarah Pinsker
Rock musician Luce Cannon was on the verge of superstardom when terror attacks and deadly viruses forced widespread retreat into a virtual world where public gatherings, including concerts, were banned. Rosemary Laws grew up in isolation but her new career—recruiting underground artists for virtual concerts—will bring the two women together. “A riveting and plausible look into what our world could be if we become consumed with fear and dependent on social media... a love letter to live music and underground shows, imagining futuristic musical innovations and the punk rebel scene that could emerge in response to a closed-off world. Pinsker tells her story through the eyes of two complex queer women who ground this fascinating, emotional narrative.” (Booklist)

Dominicana
by Angie Cruz
Ana Cancion is fifteen when her parents pressure her into marriage with 32-year-old Juan Ruiz, who takes her from the Dominican Republic to New York City. Amidst the 1960s—years that were turbulent in the U.S. as well as the D.R.—Ana discovers she has both a terrible husband and a ticket to a life of opportunity. “In this coming-to-America story, the harsh realities of immigration are laid bare, but equally clear are the resilience and resourcefulness of the people who choose to make a new life far from home… A moving, sad, and sometimes disarmingly funny take on migration and the forces that propel us into the world.” (Kirkus)

The Secrets We Kept
by Lara Prescott
In the 1950s, experienced agent Sally prepares Russian American Irina for their upcoming CIA duties. Their mission? Smuggle chapters of Boris Pasternak’s novel Doctor Zhivago out of the USSR and into the hands of an Italian publisher. Meanwhile, Sally falls for Irina. “Through lucid images and vibrant storytelling, Prescott creates an edgy postfeminist vision of the Cold War, encompassing Sputnik to glasnost, typing pool to gulag, for a smart, lively page-turner. This debut shines as spy story, publication thriller, and historical romance with a twist.” (Publishers Weekly)

Chimerica
by Anita Felicelli
Maya Ramesh is an Oakland-based Tamil-American lawyer who’s just lost her job and her family, and now a talking lemur is asking her for help. “A zany, often disjointed mashup of courtroom thriller, artistic discourse and magical realism run amok, with some wine-guzzling and relationship drama thrown in for good measure.” (San Francisco Chronicle) Bay Area writer Felicelli is the author of the award-winning story collection debut short story collection Love Songs for a Lost Continent (2018).