A few of this December's best fiction offerings.

Go figure, this month is turning out to be a slightly slow month for fiction. But if you’re like me, you're still catching up on all of your 2018 reads anyway. Here’s a shorter list of new books so you can join me in a last-ditch effort to catch up with our holds lists. Happy reading! 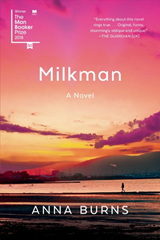 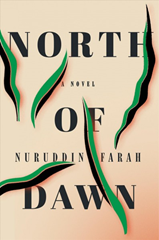 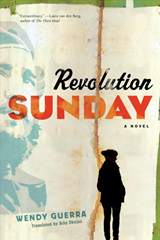 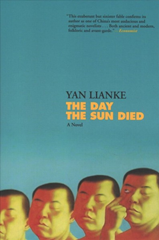 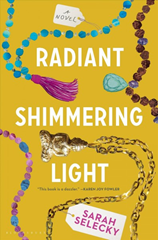 Milkman
by Anna Burns
The winner of the 2018 Booker Prize is finally available in the U.S. this month. Set in Ireland during the tumultuous 1970s, an 18-year-old girl is targeted and stalked by an intimidating older man, not a milkman but a local paramilitary. Chair of this year’s Booker judges, writer and philosopher Kwame Anthony Appiah, had the following to say about Milkman: “The language of Anna Burns’ Milkman is simply marvellous; beginning with the distinctive and consistently realised voice of the funny, resilient, astute, plain-spoken, first-person protagonist. From the opening page her words pull us into the daily violence of her world — threats of murder, people killed by state hit squads — while responding to the everyday realities of her life as a young woman, negotiating a way between the demands of family, friends and lovers in an unsettled time. The novel delineates brilliantly the power of gossip and social pressure in a tight-knit community, and shows how both rumour and political loyalties can be put in the service of a relentless campaign of individual sexual harassment. Burns draws on the experience of Northern Ireland during the Troubles to portray a world that allows individuals to abuse the power granted by a community to those who resist the state on their behalf. Yet this is never a novel about just one place or time. The local is in service to an exploration of the universal experience of societies in crisis.”

North of Dawn
by Nuruddin Farah
Winner of literary prizes from across the globe, celebrated Somali author Farah returns with a novel centered on Gacalo and Mugdi, a Somali-born couple who have lived comfortably in Oslo for decades. They are devastated when their estranged son, who returned to Somalia after years of feeling alienated in Norway, kills himself in a suicide attack. They welcome their daughter-in-law and her teenage children into their home, leading to conflict and chaos. “Farah's insistence on isolating the humanity in even the most difficult characters is a beacon of hope against fear and loathing.” (Kirkus Reviews)

Revolution Sunday
by Wendy Guerra, translated by Achy Obejas
Cleo is a Cuban poet in her 30s who is mourning the sudden loss of her parents when she learns she has won a literary prize in Spain. Soon after she becomes a target of suspicion and surveillance by the government, and then she is approached by a handsome movie star who wants to make a film about her late father. But is he really who he seems? And were her parents harboring secrets? “Arresting, an explosive portrait of loneliness and isolation. Thick with the atmosphere of Cleo's Havana on the cusp of the Cuban thaw, the novel reads like the world's most poetic anxiety dream, vibrant and stifling. Demanding and unforgettable.” (Kirkus Reviews)

The Day the Sun Died
by Yan Lianke, translated by Carlos Rojas
Kafka Prizewinning author Yan, often censored in his native China for his satirical works, won The Dream of the Red Chamber Award for this dark novel, his latest to be translated into English. Fourteen-year-old Li Niannian helps his parents run a funeral parlor in their small village. Trouble begins when Niannian discovers family and neighbors “dreamwalking,” somnambulantly working and carrying out daytime activities, leading to accidental deaths and ultimately spiraling into chaos. “The interweaving of politics and delusion creates a powerful resonance… This is a riveting, powerful reading experience.” (Publishers Weekly)

Radiant Shimmering Light
by Sarah Selecky
Lilian Quick is a single woman in her 40s barely scraping by as a pet portraitist. Eleven Novak is the creator of the Ascendency, a female empowerment program that is also a barely disguised pyramid scheme. When a chance online encounter leads Lilian and Eleven to realize that they are long lost cousins, Lilian is swept up in the Ascendency, with new opportunities for success and self-actualization. “Selecky's biting, tragicomic first novel is an insider look at the intersection between the sincerity of belief and the commodification of aspiration... Selecky's deadpan tone, punchy writing, and vivid characters transport readers to a specific, highly diverting world that hits close to the bone and sparks the self-reflection it's spoofing.” (Booklist)

Thank you for all your efforts on this web page. My mom takes pleasure in carrying out internet research and it's easy
to see why. A lot of people know all regarding the lively way you present very important tips and tricks via
your web site and as well as invigorate participation from
some others on the area of interest and my simple
princess is being taught a great deal. Take pleasure in the rest of the year.
You're the one performing a really great job.

I think that is one of the most important info for me.
And i'm glad studying your article. However wanna
commentary on some basic things, The web site style is great, the articles is actually excellent
:D. Good task, cheers.