The Oakland Public Library is thrilled to announce that we are moving to a new website. You can visit the new site starting today. You can read more about it here, or check out the new site right away.

I know that we're only in February, but these are the best books I've read all year. Yang's Boxers & Saints are both epic and dramatic and cinematic. I skipped House of Cards to finish these books and that's saying a lot. 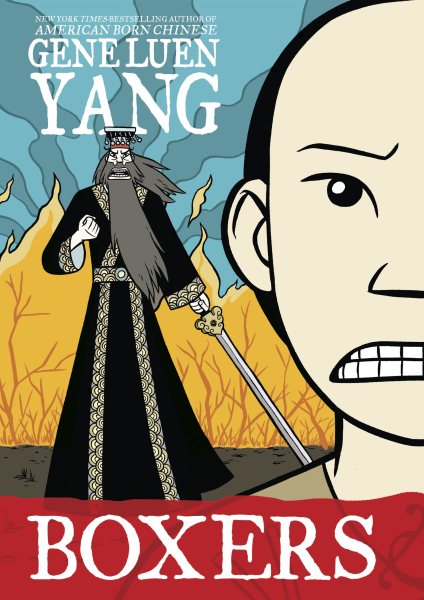 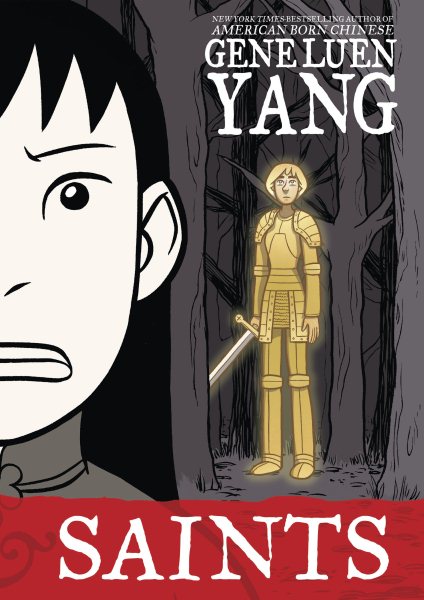 Boxers / Gene Luen Yang ; color by Lark Pien
Saints / Gene Luen Yang ; color by Lark Pien
I know that we're only in February, but this is the best book (actually two books) I've read all year.  This set is epic and dramatic and cinematic.  I turned off House of Cards to finish these books and I've skipped meals and sleep to catch up on that series.  In these and earlier books, Gene Yang has taken on the topics of race, nationality, immigration, religion and family with with honestly and humor, but without sweetener.  As the story goes, he was asked to write the reboot of the Avatar series (airbender, not blue people) after a blog post expressing his outrage at the lack of Asian and Inuit actors in the movie cast.  It kept me from seeing the movie.
In Boxers and Saints we meet Little Bao, the youngest in boy in his family, and Four-girl, a child from a family with so many issues, they fail to give her a proper name. They are both coming of age in rural villages during the Boxer Rebellion in China; "foreign devils" have brought terror, political influence and a new religion. To some Chinese, the arrival of these foreigners means grief and destruction, to others it's safety and community in the short-term and the promise of an afterlife in heaven. Villagers must chose between this promise of community and afterlife and betraying their family, traditions and country on earth.
Both young people chose to become crusaders for their causes, Bao with aide of the ancient Chinese gods and the Society of Righteous and Harmonious Fist defending the Chinese homeland, and Four-Girl, now with the Christian name Vibiana, with Joan of Ark on her side defending her faith.
If you don't know Gene Luen Yang and Lark Pien, and really, why don't you know them, their local, at least get to know their work.  You won't be disappointed.
Are you a Boxer or a Saint? Let's talk about nationality and religion, but keep it civil, and about comics if you can.
Submitted on February 21, 2014 by Jenera Burton, Piedmont Ave branch Library