Five (5) OPL locations are offering sidewalk pickup service for limited hours. All other Oakland Public Library locations are closed due to the novel coronavirus (COVID-19) pandemic. You may return library materials in the outside book drop at any Oakland Public Library location. Please note that there will be a delay of at least 72 hours before your items are checked in due to the library's quarantine process.

It's not a library celebration without books! In June we posted a booklist for Pride Month. Now Oakland Pride is around the corner, so here’s another list of books for your reading enjoyment: new and recent reads focusing exclusively on queer people of color—as authors, characters and themes. 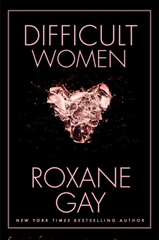 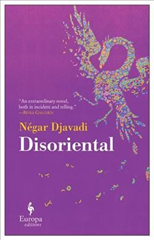 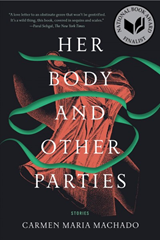 Difficult Women
by Roxane Gay
If powerhouse author, essayist and famously Bad Feminist Roxane Gay was to offer a collection of stories, you’d want it to be all about difficult women, right?

Disoriental
by Négar Djavadi, translated by Tina Kover
Kimia Sadr is a twenty-five-year-old, irreverent, queer, Iranian exile. While she waits for her appointment at a Parisian fertility clinic, she muses on the future and delves into the past, tracing the history of her birth country, her immediate family, and generations of ancestors.

Her Body and Other Parties: Stories
by Carmen Maria Machado
Machado’s debut collection of eight genrebending stories was nominated for a long list of prizes and won a bunch of them, including the Lambda Literary Award for Lesbian Fiction. A queer and sexy mix of realism, science fiction, horror, comedy and fantasy. 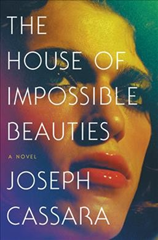 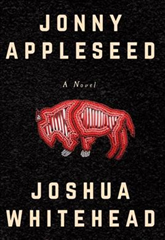 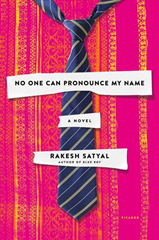 The House of Impossible Beauties
by Joseph Cassara
In 1980’s New York, 16-year-old Angel escapes her boy body and finds a new family of trans outsiders. Inspired by the true stories of Angel Xtragveganza and her chosen family in the House of Xtravaganza, the original Latinx house in the Harlem ball scene, this novel is equal parts glitter and heartbreak.

Jonny Appleseed
by Joshua Whitehead
Jonny Appleseed is a two-spirit indigiqueer glitter princess who left the rez for big city life. Now he has seven days to face his past and present before he has to go back home for his stepfather’s funeral.

No One Can Pronounce My Name
by Rakesh Satyal
Harit is an alcoholic, closeted gay man grieving the loss of his sister. At night, he dresses in saris in an effort to cheer his mother up with the pretense that her daughter is still alive. Ranjana’s only son has left home to attend Princeton, she suspects that her husband is having an affair and she secretly writes paranormal romances. When Harit and Ranjana cross paths, they strike up an unusual friendship. 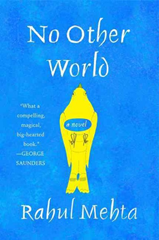 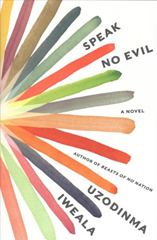 No Other World
by Rahul Mehta
In this coming-of-age story set in the mid-1980s, twelve-year-old Kiran Shah struggles with being Indian American in a rural New York community and coming to terms with being gay. He’s also torn by the troubles and longings of his family, his mother’s infidelity and the sexual abuse suffered by his sister. Years later, Kiran’s life is changed on a trip to India when he meets a young hijra, a member of India’s deep-rooted transgender community.

Since I Laid My Burden Down
by Brontez Purnell
When DeShawn takes leave of his creative, unfettered San Francisco life to attend his uncle’s funeral in his rural Alabama hometown, he reminisces about past lovers and other men who have shaped his life. Oakland’s own Purnell is a celebrated filmmaker, musician, dancer, writer and winner of a 2018 Whiting Award.

Speak No Evil
by Uzodinma Iweala
Niru is a Harvard-bound student and star athlete at a prestigious high school in Washington DC. When his parents discover gay dating apps on his phone, they respond with explosive anger, and his father decides to take him to their native Nigeria to seek a spiritual “cure”. 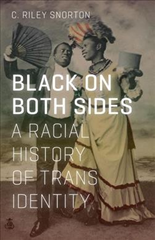 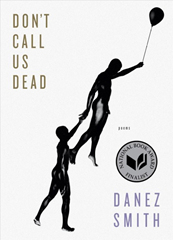 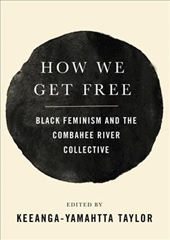 Black on Both Sides: A Racial History of Trans Identity
by C. Riley Snorton
Cornell professor and activist Snorton draws on a range of archival sources to illuminate Black and trans history over the last century and a half.

Don’t Call Us Dead
by Danez Smith
Smith’s most recent collection of poetry was a National Book Award finalist. As described by the NBA judges: “Smith brilliantly illuminates our troubled dynamics of race and sexuality… the poet’s spotlight reveals the hidden contours of hunger and shame and draws a bright line from diaspora to diagnosis to destiny.”

How We Get Free: Black Feminism and the Combahee River Collective
edited and introduced by Keeanga-Yamahtta Taylor
Founding members of the Black feminist lesbian organization of the 1970s join contemporary writers and activists to reflect on the past and future of Black feminism. How We Get Free won the 2018 Lambda Award for LGBTQ Nonfiction. 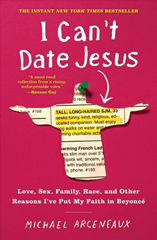 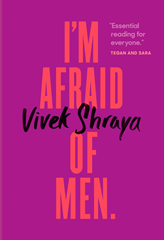 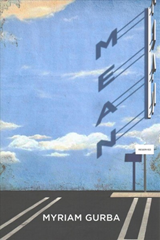 I'm Afraid of Men
by Vivek Shraya
A trans artist looks back on her life and the personal repercussions of misogyny, homophobia, and transphobia in a book that is brutally honest and laced with pain and humor.

Mean
by Myriam Gurba
Is it fiction or memoir? Gurba’s sharply smart and wry “nonfiction novel” looks back at her coming-of-age in California’s central coast, recounts her experiences as a sexual assault survivor, and takes a close look at personal identity from the viewpoint of a queer, biracial Chicana woman. 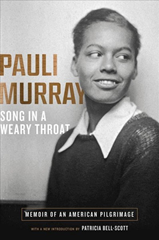 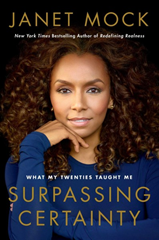 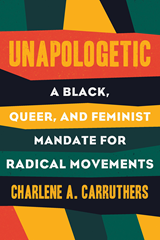 Song in a Weary Throat: Memoir of an American Pilgrimage
by Pauli Murray
A new edition of the memoir by trailblazing visionary lawyer, writer, activist, poet and Episcopal priest Murray, who was at the forefront of the civil rights and women’s rights movements while she struggled with issues of sexuality and gender.

Surpassing Certainty: What My Twenties Taught Me
by Janet Mock
Mock’s second memoir (after Redefining Realness) covers her twenties—a time of highs and lows as she experienced love, loss, self-discovery and the beginnings of her successful career.

Unapologetic: A Black, Queer, and Feminist Mandate for Radical Movements
by Charlene A. Carruthers
Carruthers is a Black, queer feminist community organizer and writer working toward Black liberation. Her book is a powerful call to action and a blueprint for activists.