Summer Fun for Adults Week 7: Celebrating Our Diversity with Cookbooks

We're in the seventh week of the library’s Summer Fun for Adults program. This week’s theme is “Celebrating Our Diversity,” and we’re celebrating the most delicious way possible—with cookbooks! 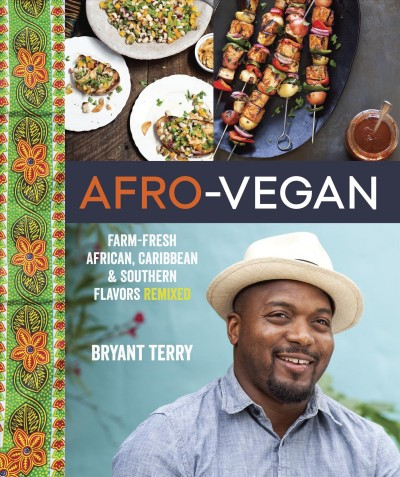 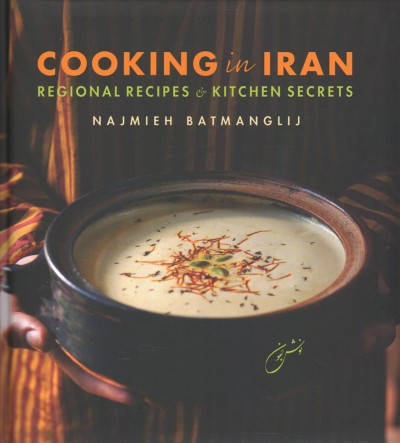 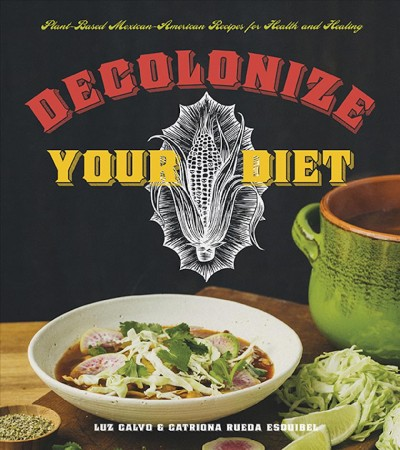 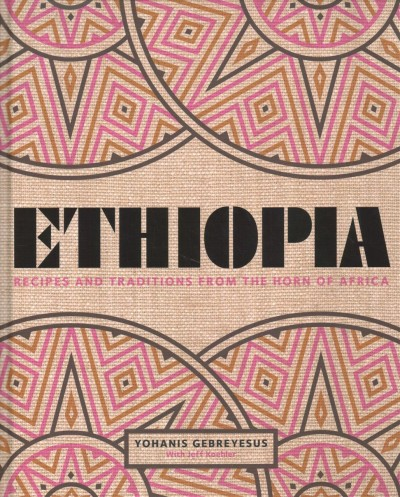 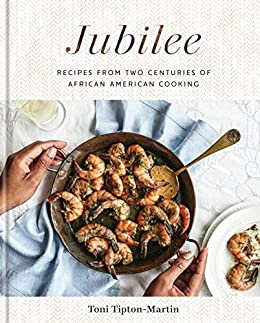 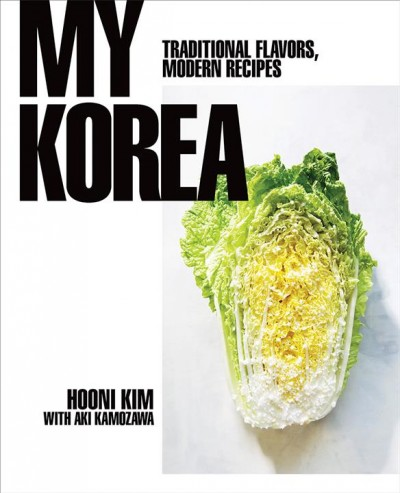 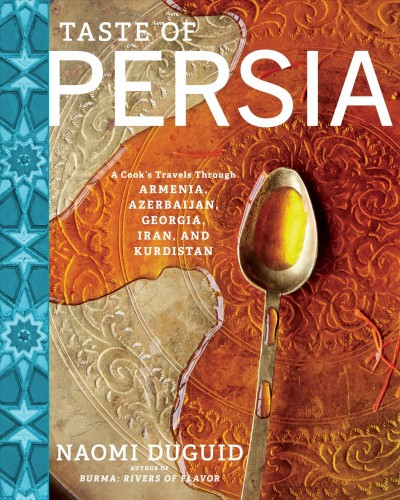 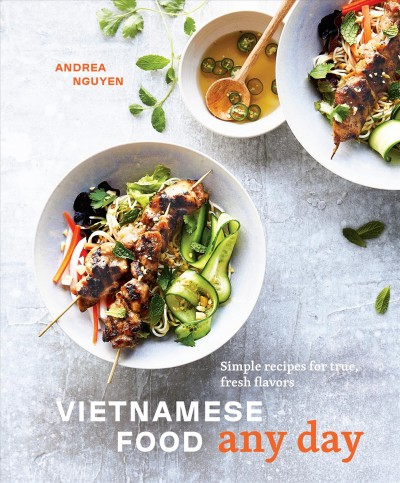 There are so many different ways to explore and celebrate the diversity of our community and our world. Cooking and eating just happens to be a very delicious way to do it! Here is a list of cookbooks from Oakland Public Library’s print and online collections for inspiration. Have you tried cooking something new lately?

Descriptions in italics are provided by the publisher.

Basque Country: A Culinary Journey Through a Food Lover’s Paradise by Marti Buckley
Marti Buckley, an American chef, journalist, and passionate Basque transplant, unlocks the mysteries of this culinary world by bringing together its intensely ingredient-driven recipes with stories of Basque customs and the Basque kitchen, and vivid photographs of both food and place.
OPL copies in print / Always available on Hoopla

Between Harlem and Heaven: Afro-Asian-American Cooking for Big Nights, Weeknights, & Every Day by J.J. Johnson and Alexander Smalls with Veronica Chambers
In two of the most renowned and historic venues in Harlem, Alexander Smalls and JJ Johnson created a unique take on the Afro-Asian-American flavor profile. Their foundation was a collective three decades of traveling the African diaspora, meeting and eating with chefs of color, and researching the wide reach of a truly global cuisine; their inspiration was how African, Asian, and African-American influences criss-crossed cuisines all around the world. They present here for the first time over 100 recipes that go beyond just one place, taking you, as noted by The New Yorker, "somewhere between Harlem and heaven."
OPL copies in print

Beyond the North Wind: Russia in Recipes and Lore by Darra Goldstein
Presenting 100 traditional yet surprisingly modern recipes from the far northern corners of Russia, a home-style cookbook is filled with photos and essays on the little-known culinary history of the fascinating and wild part of the world.
New! OPL copies in print and on Overdrive

Black Sea: Dispatches and Recipes Through Darkness and Light by Caroline Eden
With a nose for a good recipe and an ear for an extraordinary story, Caroline Eden travels from Odessa to Bessarabia, Romania, Bulgaria and Turkey's Black Sea region, exploring interconnecting culinary cultures. From the Jewish table of Odessa, to meeting the last fisherwoman of Bulgaria and charting the legacies of the White Russian  émigrés in Istanbul, Caroline gives readers a unique insight into a part of the world that is both shaded by darkness and illuminated by light.
OPL copies in print

A Common Table: 80 recipes and Stories from My Shared Cultures by Cynthia Chen McTernan
In A Common Table, Two Red Bowls blogger Cynthia Chen McTernan shares more than 80 Asian-inspired, modern recipes that marry food from her Chinese roots, Southern upbringing, and Korean mother-in-law's table. The book chronicles Cynthia's story alongside the recipes she and her family eat every day-beginning when she met her husband at law school and ate out of two battered red bowls, through the first years of her legal career in New York, to when she moved to Los Angeles to start a family.
OPL copies in print and on Overdrive

Cooking in Iran: Regional Recipes & Kitchen Secrets by Najmieh Batmanglij
After five years of overcoming obstacles, meticulous planning, and ten thousand miles of traveling the length and breadth of Iran cooking with local cooks, visiting workshops, and developing recipes Najmieh's dream has been realized with the creation of Cooking in Iran: Regional Recipes and Kitchen Secrets. This book is a distillation of those past five years. It is an authoritative exploration of a cuisine whose cultural roots are among the deepest of any in the world.
OPL copies in print

Decolonize Your Diet: Plant-Based Mexican-American Recipes for Health and Healing by Luz Calvo and Catriona Rueda Esquibel
A return to indigenous Mexican-American cooking based on the belief that food is both physically and spiritually healing.
OPL copies in print / Always available on Hoopla

Ethiopia: Recipes and Traditions from the Horn of Africa by Yohanis Gebreyesus with Jeff Koehler
Along with photography of the stunning landscapes and vibrant artisans of Ethiopia combined with insightful cultural and historical details this book demonstrates why Ethiopian food should be considered one of the world s most singular and enchanting cuisines.
OPL copies in print

Feast: Food of the Islamic World by Anissa Helou
Suffused with history, brought to life with stunning photographs, and inflected by Helou's humor, charm, and sophistication, Feast is an indispensable addition to the culinary canon featuring some of the world's most inventive cultures and peoples.
OPL copies in print

I Am a Filipino: And This Is How We Cook by Nicole Ponseca and Miguel Trinidad
Two trailblazing restaurateurs present a modern cookbook filled with a vast array of Filipino recipes that capture the unexpected and addictive flavors of this vibrant and diverse cuisine.
OPL copies in print and on Overdrive / Always available on Hoopla

Jubilee: Recipes from Two Centuries of African-American Cooking by Toni Tipton-Martin
Throughout her career, James Beard Award-winning author Toni Tipton-Martin has shed new light on the history, breadth, and deth of African American cuisine. She's introduced us to black cooks, some long forgotten, who established much of what's considered to be our national cusine. After all, if Thomas Jefferson introduced French haute cusine to this country, who do you think actually cooked it? In Jubilee, Tipton-Martin brings these masters into our kitchens. Through recipes and stories, we cook along with these pioneering figures, from enslave chefs to middle- and upper-class writers and entrepreneurs. With more than 100 recipes, Jubilee presents techniques, ingredients, and dishes that show the roots of African American cooking--deeply beautiful, culturally diverse, fit for celebration.
OPL copies in print

My Korea: Traditional Flavors, Modern Recipes by Hooni Kim with Aki Kamozawa, photography by Kristin Teig
Complete with thoughtful notes on techniques and sourcing and gorgeous photography from across Korea, this cookbook will be an essential resource for home cooks, a celebration of the deliciousness of Korean food by a master chef.
New! OPL copies in print and on Overdrive

My Mexico City Kitchen: Recipes and Convictions by Gabriela Cámara with Malena Watrous
With celebrated restaurants in Mexico City and San Francisco, Cámara is the most internationally recognized figure in Mexican cuisine, and her innovative, simple Mexican food is exactly what home cooks want to cook.
OPL copies in print

Plenty by Yotam Ottolenghi
A vegetarian cookbook from Yotam Ottolenghi, the author of Jerusalem, A Cookbook and other Ottolenghi cookbooks, Plenty is a visually stunning collection featuring exciting flavors and fresh combinations that will become mainstays for readers and eaters looking for a brilliant take on vegetables.
OPL copies in print and on Overdrive / Always available on Hoopla

Taste of Persia: A Cook's Travels Through Armenia, Azerbaijan, Georgia, Iran, and Kurdistan by Naomi Duguid
Overflowing with exotic flavors, fascinating stories and ancient history, a collection of recipes from the heart of the Persian Empire introduces readers to the food traditions from this culinary paradise where diverse religions, cultures, languages and politics are linked by a love for the fresh and the tart.
OPL copies in print / Always available on Hoopla

Vietnamese Food Any Day: Simple Recipes for True, Fresh Flavors by Andrea Quynhgiao Nguyen
Drawing on decades of experience, as well as the cooking hacks her mom adopted after fleeing from Vietnam to America, award-winning author Andrea Nguyen shows you how to use easy-to-find ingredients to create true Vietnamese flavors at home—fast.
OPL copies in print

Zahav: A World of Israeli Cooking by Michael Solomonov and Steven Cook
Zahav showcases the melting-pot cooking of Israel, especially the influences of the Middle East, North Africa, the Mediterranean, and Eastern Europe.
OPL copies in print / Always available on Hoopla

Did you know that five of our Oakland Public Library branches have been offering sidewalk pickup service? And that we're adding three more locations this week? If you've been missing print books, you can pick up holds for books, DVDs, CDs, and WiFi hotspots at our doors. More information can be found here.