While You're Waiting For....

Louise Penny's latest has a super-long hold list. Here are some things you can read while you wait. 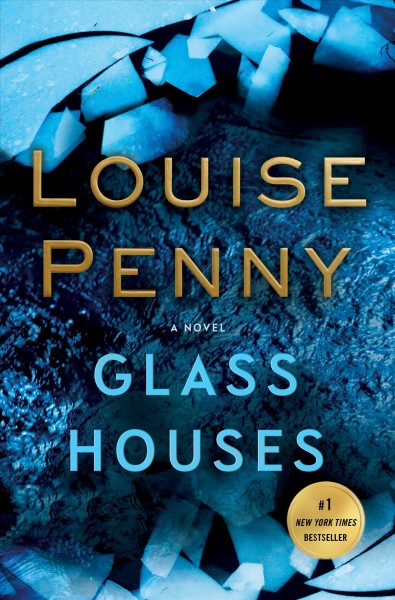 Glass Houses, the new Chief Inspector Gamache mystery by Canadian author Louise Penny, is here and boy, does it have a long hold list! Gamache has legions of fans and this, the lucky thirteenth in the series, will not fail to satisfy. If you don’t already follow Gamache, start with the first one, Still Life. Though the author has written that each novel in the series stands alone, the stage is set by starting with the first and reading them in order.

But what are you Gamache fans going to read while you wait? Maybe I can help.

What do you love about the Gamache novels? Is it the plotting? The deeply detailed and evocative setting? The characterization? The food? Here are a few suggestions of authors and series that may fill the void.

More from Canada? Try Ausma Zehanat Khan’s new series featuring detective Esa Khattak. This series is set in Toronto and features Khattak of Canada’s Community Policing Section and his partner in investigation, Rachel Getty. In The Unquiet Dead, first in the series, Khattak and Getty investigate the death of a man who may, or may not, be implicated in the Srebrenica massacre of 1995.

Another series featuring great evocation of place is the Bell Elkins series by Julia Keller. Beginning with A Killing in the Hills, prosecuting attorney Bell Elkins fights crime in Acker’s Gap, West Virginia. Keller is a native West Virginian and Pulitzer Prize-winning journalist to this series, bringing Appalachia to vivid life.

Keith McCafferty’s Sean Stranahan series may appeal to you for its spectacular - and spectacularly deadly - Montana setting or for its look into the world of fly-fishing. The series begins with 2012’s The Royal Wulff Murders in which Stranahan, a former P.I., teams up with Sheriff Martha Ettinger to solve the murder of a young man found with a trout fly through his lip.

I’m a big fan of the British detective show George Gently, set in the northeast of England in the 1960s. I learned recently that it’s based on a series of mystery novels by Alan Hunter. Unlike the TV show, the novels take place Hunter’s native Norfolk and begins in 1955 with Gently Does It. They evoke the world of rural Norfolk and immerse the reader in the concerns of post-war England. This series will keep you busy; Hunter published a Gently novel every year between 1955 and 1998.

Even more Norfolk? British author Elly Griffiths’s Ruth Galloway series is satisfying for its good characterizations and an evocative locale. There are plenty of these for you too, with nine in print and a tenth to be published in 2018. Lead character Ruth Galloway is an archaeologist living and working in Norfolk. When she’s not digging up ancient bones and artifacts she’s solving those horrible crimes that happen in rural areas. Begin with the first mystery, The Crossing Places, and read on from there.

Have you sampled the Rebekah Roberts series by Julia Dahl? This is a newer series with only three in print right now. The first in the series, Invisible City, was a 2014 Edgar award finalist. Invisible City and its two sequels take place among New York’s insular Hasidic community. Faith, abandonment, mothers and daughters: something for everyone.

Looking for your next great read? Try our service for readers, Book Me! Fill out an online form and a librarian will send you a personalized list of reading suggestions.

Many thanks to Jean Langmuir, OPL’s Maven of Mysteries, for her advice and expertise.