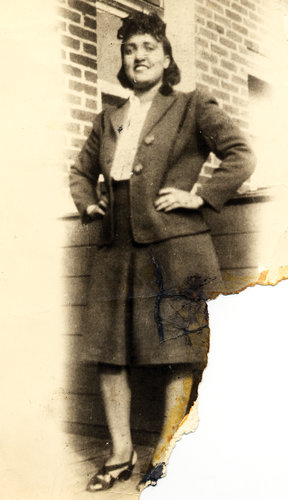 The Lacks family saga has recently resurfaced in the news.

Henrietta Lacks was a poor black Virginia farmer born in 1920. She was one of ten children and went on to have five, herself. But she was more than that, Henrietta was also said to have been beautiful, generous and kind. And though she died at the age of 31, part of her is still very much alive and with us, some 62 years later.

Mrs. Lacks was diagnosed with cervical cancer, she had a mass of rapid-growing tumors caused by HPV. After her death, it was discovered that the tumors had spread throughout her body. Cells from her tumors were harvested without her knowledge and sent to a researcher. Unlike other cells used in scientific research until then, Henrietta's cells never died.

In The Immortal Life of Henrietta Lacks, author Rebecca Skloot explores Henrietta's life, her family, the lives of her cells and her cancer-related death. Some members of the Lacks family had an entirely different set of explanations about her illness: it was a curse. That curse continued to plague the Lacks' when the news of her cell line was revealed to them. The family was left with the burden of knowing that Henrietta had suffered terribly until her death, that her cells were taken without her consent, and that for more than 50 years the scientific community had been benefiting from her sacrifice. Research using these HeLa cells has lead to major discoveries including the polio vaccine, cancer treatments, in vitro fertilization and cloning. To this day, the Lacks' have not been compensated for the genetic material or any other commercial products that have come of the research.

The book reads like a mystery and a tragedy. It brings up ethical issues about our medical data and our bodies. Routine samples that we leave at hospitals and clinics for testing are considered abandoned property and we no longer have any claim on them. How can we protect our medical information while keeping research data open to the scientific community? Are we entitled to compensation if millions are made from our genetic data? What makes you, you? Who owns that? And who owns the parts of us that we leave behind?

Speak out in the comments.