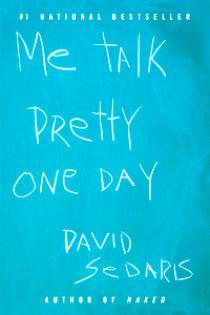 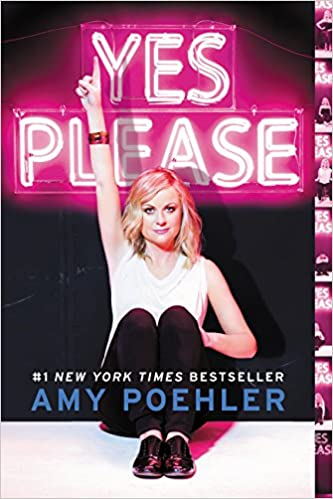 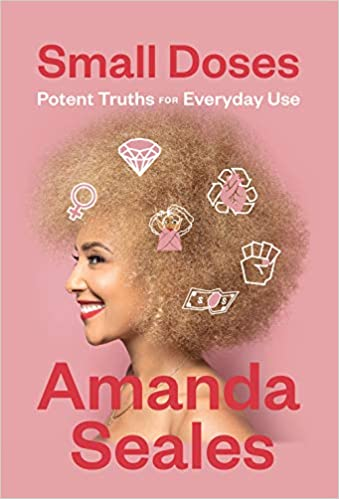 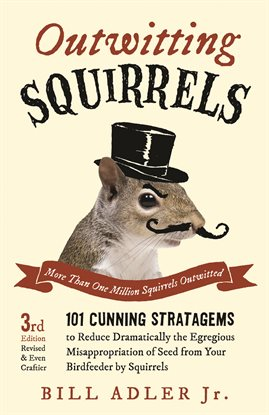 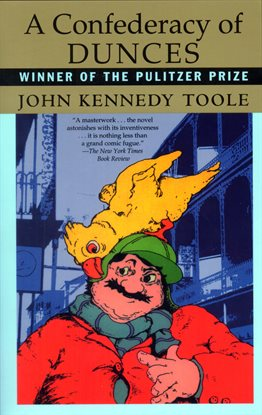 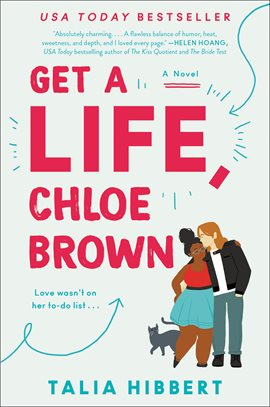 I've been continuing to dig through Hoopla for titles to recommend since you never have to wait or place the book you want on hold—all of their content is always instantly available. Right now you can get up to 10 downloads a month, and they offer eBooks, eAudiobooks, comics, movies and TV shows, and music. If some humor sounds good to you right now, here are some suggestions to make you laugh (and sometimes cry too), with some available as eBooks, some as eAudiobooks, and some available in both formats.

Me Talk Pretty One Day by David Sedaris
(Essays) Sedaris’s essays on living in Paris are some of the funniest he's ever written. At last, someone even meaner than the French! The sort of blithely sophisticated, loopy humour that might have resulted if Dorothy Parker and James Thurber had had a love child. (Also available as an eBook on Overdrive)

A Horse Walks Into A Bar by David Grossman, translated by Jessica Cohen, read by Joe Barrett
(Fiction) An Israeli comedian a bit past his prime conveys with semi-questionable humor anecdotes from his violence-stricken youth during a night of standup, while a judge in the audience wrestles with his own part in the comedian's losses. Winner of the Man Booker International Award (Also available as an eBook on Overdrive)

Yes Please by Amy Pohler
(Biography) Amy Poehler is hosting a dinner party and you're invited! Welcome to the audiobook edition of Amy Poehler's Yes Please. The guest list is star-studded with vocal appearances from Carol Burnett, Seth Meyers, Michael Schur, Patrick Stewart, Kathleen Turner, and even Amy's parents-Yes Please is the ultimate audiobook extravaganza. Also included? A one night only live performance at Poehler's Upright Citizens Brigade Theater. Hear Amy read a chapter live in front of a young and attractive Los Angeles audience. While listening to Yes Please, you'll laugh, you'll cry, and you'll become convinced that your phone is trying to kill you. Don't miss this collection of stories, thoughts, ideas, lists, and haikus from the mind of one of our most beloved entertainers.

Beta Male by Kumail Nanjiani
(Stand-Up) In the world premiere of his Comedy Central one-hour stand-up special, "Beta Male," Kumail Nanjiani [Silicon Valley, The Big Sick] tells you about all the things that terrify him completely.

You can also browse hundreds of comedy albums on Hoopla here.

The Kiss Quotient by Helen Hoang, read by Carly Robins
(Fiction) Stella Lane comes up with algorithms to predict customer purchases--a job that has given her more money than she knows what to do with, and way less experience in the dating department than the average thirty-year-old. It doesn't help that Stella has Asperger's and French kissing reminds her of a shark getting its teeth cleaned by pilot fish. Her conclusion: she needs lots of practice--with a professional--which is why she hires escort Michael Phan. (Also available as an eBook on Overdrive)

Ask A Mexican by Gustavo Arellano, read by William Dufris, Christine Marshall
(Essays) An irreverent, hilarious, and informative look at Mexican American culture is taken by a rising star in the alternative media, as well as a new kid on the block in such mainstream venues as NPR, the Los Angeles Times, Today, and The Colbert Report. Gustavo Arellano has compiled the best questions about Mexican Americans from readers of his Ask a Mexican! column in California's OC Weekly and uses them to explore the clichés of lowriders, busboys, and housekeepers; drunks and scoundrels; heroes and celebrities; and most important, millions upon millions of law-abiding, patriotic American citizens and their illegal-immigrant cousins who represent some $600 billion in economic power.

Small Doses: Potent Truths for Everyday Use by Amanda Seales
(Essays) Comedian, writer, actress, and social media star Amanda Seales is a force of nature who has fearlessly and passionately charted her own course through life and career. Now, in her one-of-a-kind voice that blends academic intellectualism, Black American colloquialisms, and pop culture fanaticism, she's bringing her life's lessons and laughs to the page. This volume of essays, axioms, original illustrations, and photos provides Seales's trademark 'self-help from the hip' style of commentary, fueled by ideology formed from her own victories, struggles, research, mistakes, risks, and pay-offs. Unapologetic, fiercely funny, and searingly honest, Small Doses engages, empowers, and enlightens readers on how to find their truths while still finding the funny!

Rez Salute by Jim Northrup
(Essays) Since 2001, Indian Country has seen great changes, touching everything from treaty rights to sovereignty issues to the rise (and sometimes the fall) of gambling and casinos. With unsparing honesty and a good dose of humor, Jim Northrup [looks at] the changes in Indian Country, as well as daily life on the rez.

Outwitting Squirrels by Bill Adler
(Anti-squirrel How-to) For 25 years, Outwitting Squirrels has been leading the charge to help bird lovers defend their feeders from these fast, greedy, incredibly crafty creatures who pillage birdfeeders before owners very eyes. This classic defense manual for the besieged bird feeder has been fully updated to deal with the more tech-savvy, 21st-century squirrel. It provides 101 cunning strategies, both serious and hilarious, for outsmarting these furry, but not so cute, creatures. Author Bill Adler Jr. discusses the different bird personalities and the best seed to attract them. He rates birdfeeders based upon how squirrel-proof, or squirrel vexing they are, and discusses creative anti-squirrel structures and devices. Spooker poles, Perrier bottles, baffled fishing line, Teflon spray, Vaseline, water bombs, cayenne pepper, and Nixalite the author has tried them all and he regales readers with his squirrel adventures and misadventures.

I’m Just a Person by Tig Notaro
(Biography) One of America’s most original comedic voices delivers a darkly funny, wryly observed, and emotionally raw account of her year of death, cancer, and epiphany… An inspired combination of the deadpan silliness of her comedy and the open-hearted vulnerability that has emerged in the wake of that dire time, I’m Just a Person is a moving and often hilarious look at this very brave, very funny woman’s journey into the darkness and her thrilling return from it.

Lamb: The Gospel According to Biff, Christ's Childhood Pal by Christopher Moore
(Fiction) A bold, hilarious, speculative novel fills in the lost years of Jesus life, told from the perspective of Biff, Christ's childhood best buddy… Lamb is the crowning achievement of Christopher Moore's storied career: fresh, wild, audacious, divinely hilarious, yet heartfelt, poignant, and alive, with a surprising reverence. Let there be rejoicing unto the world! Christopher Moore is come -- to bring truth, light, and big yuks to fans old and new with the Greatest Story Never Told!

Rabbit by Patricia Williams with Jeannine Amber
(Biography) Patricia Williams (aka Ms. Pat) was born and raised in Atlanta at the height of the crack epidemic. One of five children, Pat watched as her mother struggled to get by on charity, cons, and petty crimes. At age seven, Pat was taught to roll drunks for money. At twelve, she was targeted for sex by a man eight years her senior. By thirteen, she was pregnant. By fifteen, Pat was a mother of two. Alone at sixteen, Pat was determined to make a better life for her children. But with no job skills and an eighth-grade education, her options were limited. She learned quickly that hustling and humor were the only tools she had to survive. Rabbit is an unflinching memoir of cinematic scope and unexpected humor. With wisdom and humor, Pat gives us a rare glimpse of what it's really like to be a black mom in America. (Also available as a stand up comedy album, Rabbit by Ms. Pat)

Get a Life, Chloe Brown by Talia Hibbert
(Fiction) A witty, hilarious romantic comedy about a woman who's tired of being "boring" and recruits her mysterious, sexy neighbor to help her experience new things… Chloe Brown is a chronically ill computer geek with a goal, a plan, and a list.

What If? by Randall Munroe
(Essays & Trivia) Millions of people visit xkcd.com each week to read Randall Munroe's iconic webcomic. His stick-figure drawings about science, technology, language, and love have a large and passionate following. Fans of xkcd ask Munroe a lot of strange questions. What if you tried to hit a baseball pitched at 90 percent the speed of light? How fast can you hit a speed bump while driving and live? If there was a robot apocalypse, how long would humanity last? In pursuit of answers, Munroe runs computer simulations, pores over stacks of declassified military research memos, solves differential equations, and consults with nuclear reactor operators. His responses are masterpieces of clarity and hilarity, complemented by signature xkcd comics.

If you need help with your library account or have other questions, please email eanswers@oaklandlibrary.org or leave a voice mail with your full name and details at 510-238-3134.

Have you read anything wonderful during the Shelter in Place? Please share in the comments!