Delilah Beasley (1871-1934) was Oakland's first Black newspaper columnist who chronicled the activities of Black residents for the Tribune from 1915-1934.

Any serious student of California history will encounter the name of Delilah Beasley, African American author of the 1919 classic work, “Negro Trail Blazers of California.” Her natural curiosity about Black life and culture led her to writing early in her life. As a teen, she wrote articles for the Cleveland Gazette, the Catholic Tribune, and the Ohio State Tribune. Ms. Beasley came to California from her native Ohio in 1910 at the age of 39. To support herself, she found work as a nurse, a masseuse, and maid. Soon after her arrival, she began to immerse herself in the study of Blacks in California. 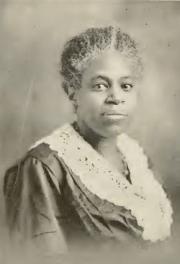 Her journalistic talents led her to the Oakland Sunshine, the city's Black newspaper, owned by John Wilds. She started contributing articles about the Black community to the Oakland Tribune in 1915, the year that D.W. Griffith's racist film "The Birth of a Nation" opened in theatres here to vocal protests. By 1923, she had her own column, "Activities Among Negroes" which documented the cultural life, political activism, professional and academic achievements, and social concerns of Oakland's Black citizens. She felt it was vitally important to the advancement of the Black community in particular and Oaklanders in general to see how much and in what ways Blacks had advanced since the end of the Civil War. She saw her work as a type of crusade to combat the negative racial stereotypes that were so prevalent in America at that time.