Posted by African American Museum and Library at Oakland on Tuesday, April 6th, 2021

The Oakland History Center and AAMLO feature in the new NBC Bay Area investigative series "The Moms of Magnolia Street".

The Oakland History Center (OHC) and the African American Museum and Library at Oakland (AAMLO) are proud to be featured in a new digital-first four-part investigative series from the NBC Bay Area Investigative Unit. Available at NBCBayArea.com and on the NBC Bay Area app on Roku and Apple TV. 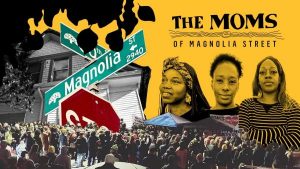 About this digital-first investigative documentary from NBC Bay Area:

"Against the backdrop of California’s affordability crisis, pushing thousands of Black residents out of their homes and onto the streets, a group of unhoused working mothers in Oakland took matters into their own hands.

In November 2019, the mothers formed a group called Moms 4 Housing and illegally occupied a vacant, corporate-owned home on Magnolia Street in West Oakland. Standing on the shoulders of generations of iconic Oakland activists, such as the Black Panthers and Brotherhood of Sleeping Car Porters, the moms’ act of civil disobedience sparked a national reckoning around displacement and the erosion of African American neighborhoods.

“The Moms of Magnolia Street” follows the moms’ journeys as they took on the large home-flipping corporation and challenged the city’s power structure.

From government-backed housing discrimination, to predatory lending, through the corporatization of housing, “The Moms of Magnolia Street” also examines the historical forces that set the stage for our current housing crisis." 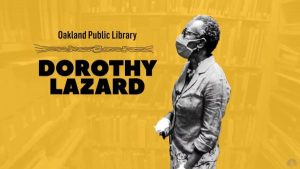 Historical material from AAMLO's collections used for the documentary project include:

Development without displacement : resisting gentrification in the Bay Area / written by Causa Justa--Just Cause