Nestled in the stacks at the Main Library, in an unassuming flat file cabinet, is a unique collection for a public library: World War I & II posters. The posters were printed by various government entities to rally Americans to the war effort. Shepherded by Library staff over the decades, this collection illustrates numerous facets of American history, including visual arts, communications, advertising, propaganda, gender roles, and patriotism. 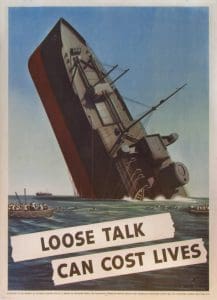 Because of their wide-ranging relevance to researchers (as well as the difficulty in providing physical access to these oversize prints), over 200 posters were selected for digitization and are now available online! They can be viewed in the Oakland History Center's collections on Calisphere:

Some items in our WWI collection appear to be part of the United War Work Campaign, a fundraising drive to provide entertainment for American troops abroad. Comprised of seven groups, including the Jewish Welfare Board, Knights of Columbus, the Salvation Army, YMCA, YWCA, and War Camp Community Service, the campaign raised over $203 million in one week through pledges and subscriptions. 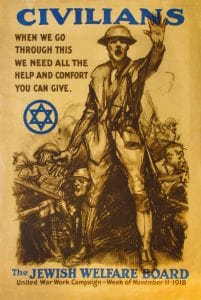 This writer is partial to the UWWC posters created by the seventh organization: the American Library Association. 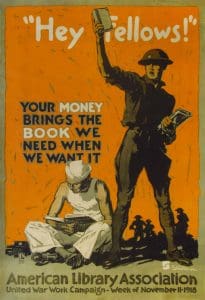 The ALA continued to print posters for the war effort during WWII, along with the California Library Association. Books were collected and sent to troops overseas as a morale boost and source of entertainment.

The US Office of War Information produced thousands of posters, newspapers, films, and radio broadcasts. The purpose of the OWI was to promote "understanding of the status and progress of the war effort and of war policies, activities, and aims of the U.S. government" (National Archives, Records of the Office of War Information). This department produced materials from June 1942 through August 1945.

Through these posters, the public was exhorted to enlist in the military, increase efficiency at work, to seek out jobs that could alleviate shortages (like nursing or aviation mechanics), to save cooking fat and ration food, and to buy bonds for the war effort. 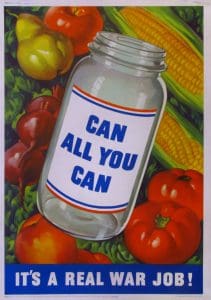 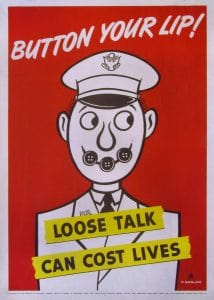 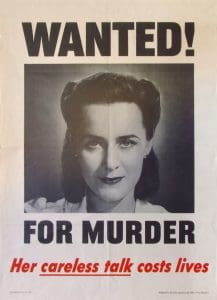 What would these campaigns look like today? Would we receive this information from our nightly news reports, the newspaper, TV commercials? Pop-up ads on social media? One can imagine the controversy and derision that might be elicited today, even from the most basic of coalition-building campaigns.